My dear people, our poll for THE BEST WELSH STAR is over, and thanks to his devoted fans Luke Evans won the title with stunning 27% votes, leaving Catherine Zeta Jones (19%), Anthony Hopkins (19%) and Christian Bale (19%) behind him. 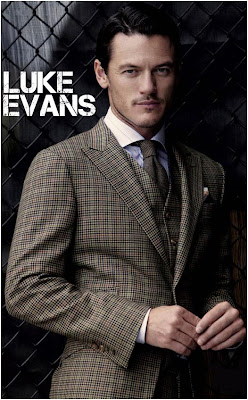 Coming from Wales,  super dashing, ultra charismatic and mega talented LUKE EVANS has been getting really tasty roles in big epics and huge blockbusters. For obvious reasons, directors love to give him Godly roles so you've seen him as Apollo in CLASH OF THE TITANS and this December you will see him as the King of all Gods, Zeus in this year's most awaited epic IMMORTALS. Currently you can also watch him in your cinemas as Aramis in THE THREE MUSKETEERS, a dynamic and magnetic classic role to which Luke gave a bit of his own spice, and his biggest future role is the role of the brave archer Bard, the leader of Men in Peter Jackson's THE HOBBIT saga. His role is being compared to the one Viggo Mortensen had as Aragorn in LORD OF THE RINGS, so I guess we can expect this one to be Luke's big jump into Hollywood's A-league too. In 2012 he will also appear beside John 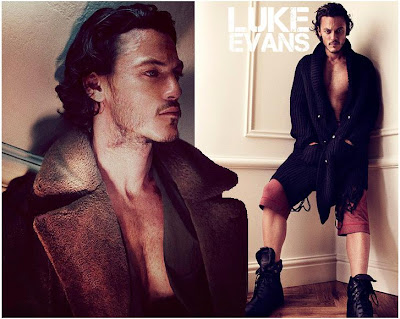 Cusack in THE RAVEN, the period film on Edgar Allan Poe shot in Serbia last winter and you could see in the trailer released last week, that Luke absolutely shines in the role of the 19th century Baltimore detective.
As someone said in the comments here recently about Luke - he has an ability to get into the characters he plays in a very profound way (kinda like Meryl Streep), but to, at the same time, retain his magnetic charisma 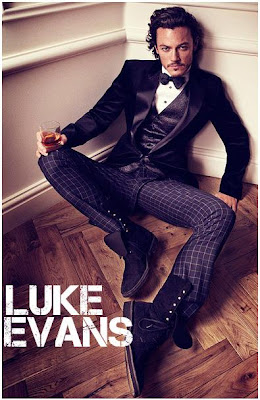 which just radiates off the screen even when he is playing supporting roles (kinda like Cate Blanchett and Jude Law).  His charisma and the powerful ability to depict emotions through his facial expressions, no matter whether those are dramatic or comedic emotions, is what made HOLLYWOOD SPY turn his attention onto Luke while watching his role in wonderfully charming TAMARA DREW movie last year (it is being released in USA this month).
It is interesting that this magnificent Welshman also has a velvety, stunning and amazingly captivating voice, which you can hear over at YouTube in some of the videos of his theater plays. Check out his duet with one of my favourite singers Siobhan Donaghy in mesmerizing WITHOUT YOU song, or the mindblowing ONE SONG GLORY just from Luke. 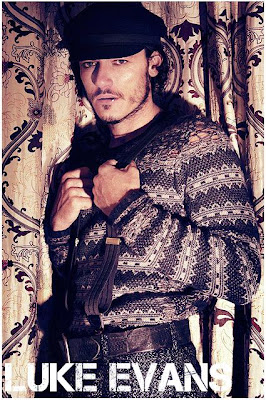 Now, after choosing BEST SCOTTISH and BEST WELSH STAR, the only remaining task to do is to choose BEST IRISH STAR. Here are the candidates: Kenneth Branagh (HAMLET), Cillian Murphy (BREAKFAST ON PLUTO, THE WIND THAT SHAKES THE BARLEY), Collin Farrell (ALEXANDER), Stuart Townsend (THE LEAGUE OF EXTRAORDINARY GENTLEMEN), Saoirse Ronan (HANNAH), Sarah Bolger (THE TUDORS), Jonathan Rhys Meyers (THE TUDORS) and Liam Neeson (LOVE ACTUALLY). You have two weeks to cast your votes!
Posted by DEZMOND at 2:01 PM