Our favourite Karl Urban has signed on for the lead role in OVERDRIVE, in which he and Ben Barnes star as a pair of car-thief brothers, who venture to the south of France to find more 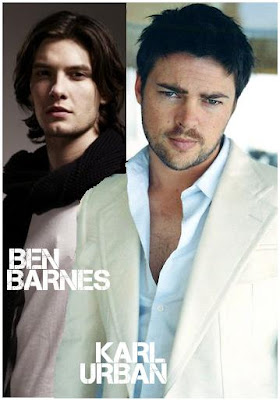 work, and end up getting in over their heads. You probably remember that the first choices for the duo were Alex Pettyfer and Matthew Goode. MovieWeb has a report today on GRACE OF MONACO, a biopic of famous Grace Kelly, a Hollywood star whose life changed drastically after marrying Prince Rainer of Monaco. The film will be similar to THE KING'S SPEECH, since it will tell her personal tale against the political backdrop of the 1960s, when Monaco was embroiled in a heated dispute with France and Grace's diplomatic maneuvering brought the conflict to an end.


HOLLYWOOD SPY HEADLINES
When it comes to TV news, TNT has started shooting the 2nd season of this summer's hit alien invasion show FALLING SKIES with Noah Wyle, AMC has ordered the 3rd season of THE WALKING DEAD zombie show which opened its second season 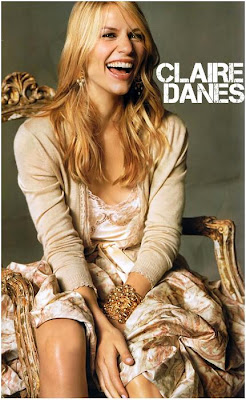 with record breaking numbers, and Showtime has renewed HOMELAND with Damian Lewis and Claire Danes for the 2nd season. Deadline reports that Universal has grabbed thriller GRIM NIGHT after seeing the exciting teaser trailer for the spec script which describes a night that happens once a year globally, where people lock themselves at home and fend off the senseless and random attacks by Grims. Warner Bros. has picked up THE END, a science fiction story with three interconnected storylines in which different people are trying to reconcile with the fact that the world is going to end in just six hours due to some interstellar event.
And speaking of zombies, check out the first poster for PARANORMAN an interesting new animated flick which should hit cinemas next August with the story set in a small town which 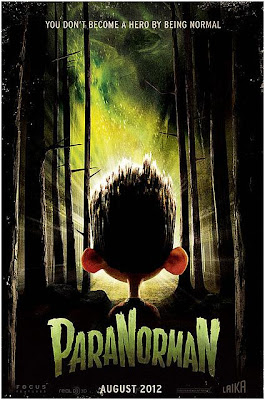 comes under siege by zombies. Who can it call? Only misunderstood local boy Norman who is able to speak with the dead. In addition to the zombies, he’ll have to take on ghosts, witches and, worst of all, moronic grown-ups, to save his town from a centuries-old curse. But this young ghoul whisperer may find his paranormal activities pushed to their otherworldly limits.
Posted by DEZMOND at 12:00 AM