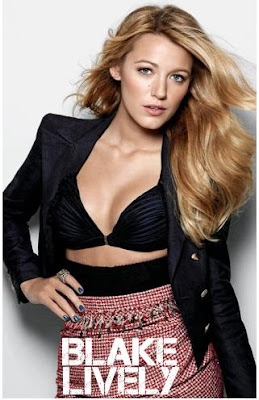 You've probably noticed so far, that HOLLYWOOD SPY kinda likes Blake Lively, and it seems Hollywood likes her to. According to latest rumors, Oliver Stone wants her beside Aaron Johnson and Taylor Kitsch in SAVAGES, in which Salma Hayek will be a drug cartel boss who kidnaps the girlfriend the two of them share, because she wants to put their successful marijuana business under her control. But that's not all, Blake Lively is also wanted in Sam Raimi's OZ: THE GREAT AND POWERFUL, in which she would play Glinda the Good Witch of the East beside James Franco as Oz and Mila Kunis as the Evil Witch of the West. Colour me intrigued :)

SHORT HEADLINES  John Travolta and Lindsay Lohan in the same movie? Yep! I kid you not! And not any movie - a mafia movie! They and Joe Pesci will star in Nick Cassavetes' GOTTI, a biopic on American mobster John Gotti *You can 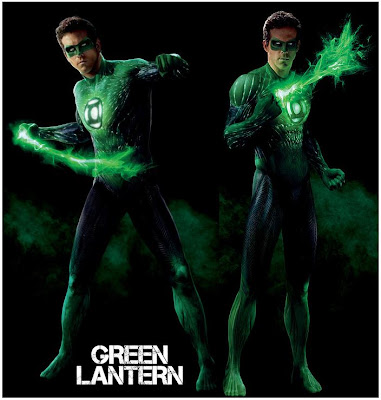 also check out amazing pictures (click on them to see them better) of Ryan Reynold's fascinating costume in GREEN LANTERN. I think this will be a super hero costume I like most. The tight green costume with luminescent green fibers will be totally CGI made. The film is out this June. 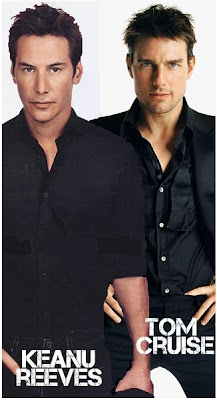 HOLLYWOOD SPY has already informed you that a ROBOCOP remake is in works in Tinseltown, but now we have the first names wanted for the new version of the famous 80's sf classic. The lead role which was given to Peter Weller in the original film could now go to Keanu Reeves, Tom Cruise or Johnny Depp (yep, the two of them again).  The script is still in works but as you remember the story centered on a cop who was part man, part machine. He was first a normal human, but after being wounded he returned to the futuristic police as a powerful cyborg. The film should premiere sometime in 2013.
Posted by DEZMOND at 12:00 AM