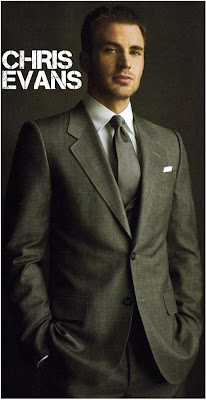 Well, HOLLYWOOD SPY's latest poll on YOUR FAVOURITE NAUGHTY BOY is over and Chris Evans won the battle with 30% of your votes ahead of Ryan Reynolds who ended up with 27%, leaving Tom Hardy in the third spot with 13%.
Chris Evans is officially the most attractive man in Hollywood. He is always charming and likable in his roles. Having the flawless body sometimes really is a burden for him since people tend to forget he's a good actor as well (LONDON, THE LOSS OF A TEARDROP DIAMOND, THE NANNY DIARIES). But action films really are his trade mark (THE FANTASTIC FOUR, PUSH, CELLULAR, SUNSHINE), and he's the new CAPTAIN AMERICA (did you know that he will get just $300,000 for that role?). He played together with Jessica Biel two times (CELLULAR, LONDON) and she was his real girlfriend as well before 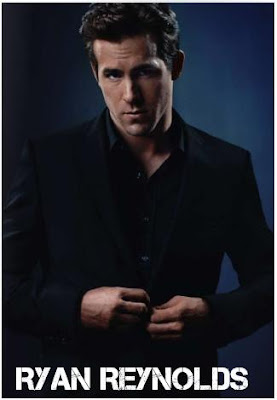 she left him for Justin Timberlake. He's the worlds hunkiest vegetarian :)

When it comes to Ryan Reynolds, beside being a huge competition to Chris Evans in the hunkiest hunk department (I mean how couldn't he be since he is a Canadian :)) , is also one of the most charming and lovable actors in Hollywood. So charming and cool that everybody is giving him super hero roles, so beside this year's GREEN LANTERN he will also do a DEADPOOL spin-off. And although we like him in romantic films (THE 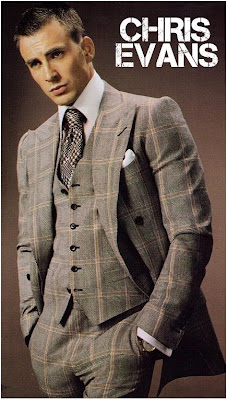 PROPOSAL) his upcoming movies are 100% cop, detective and action ones. He recently divorced Scarlett Johansson so he is free and available (hope Sandra Bullock is reading this) ;)

Now, since our ladies got their share of joy with this poll, lets move on to the next one. It will be the first part of the whole poll-saga :) in which we will be choosing THE BEST AUSTRALIAN STAR. Australian as in the whole continent not just the country. You already know that I adore most of the actors and actresses coming from Down Under, so let us see whom you like best. Here are the contenders in the first part of the poll: Eric Bana (TROY, THEOTHER BOLEYN GIRL), Guy Pearce (MEMENTO), Cate 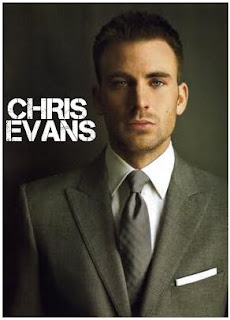 Blanchett (ELIZABETH, BENJAMIN BUTTON, NOTES ON A SCANDAL), Chris Hemsworth (THOR), David Wenham (VAN HELSING, 300, LORD OF THE RINGS), Rose Byrne (TROY, 28 WEEKS LATER, STAR WARS), Simon Baker (THE MENTALIST) and Hugo Weaving (LORD OF THE RINGS, MATRIX). You can vote as much as you like next two weeks.
Posted by DEZMOND at 2:22 PM