Check out a stunning new poster for PRIEST, one of the most exciting sf epics coming to cinemas this May. With amazing cast including Paul Bettany, Cam Gigandet, Karl Urban, Maggie Q, Lily Collins, Stephen Moyer, Mädchen Amick and 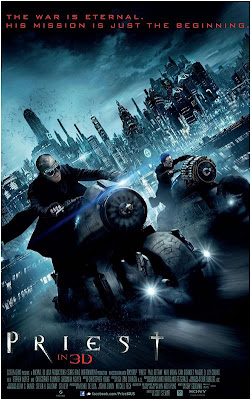 Christopher Plummer, the film is set in a world ravaged by centuries of war between man and vampires. Paul Bettany plays a legendary warrior priest from the last Vampire War, who now lives in obscurity among the other human inhabitants in walled-in dystopian cities controlled by the Church. But when his 18-year-old niece is abducted by a murderous pack of vampires in the desolate wastelands outside, he breaks his sacred vows and ventures out to find her and seek vengeance upon those responsible, especially their brutal leader (Karl Urban). He is joined on his crusade by his niece’s boyfriend (Cam Gigandet), a local outpost sheriff, and Priestess (Maggie Q), a member of his former legion of vampire-killers who has otherworldly fighting skills.

CASTING HEADLINES Michael Fassbender will take the lead role in GOOD VIBRATIONS,a film about Terri Hooley, a famous punk rock impresario. *Bret McKenzie has been officially confirmed as the new addition to THE HOBBIT cast where 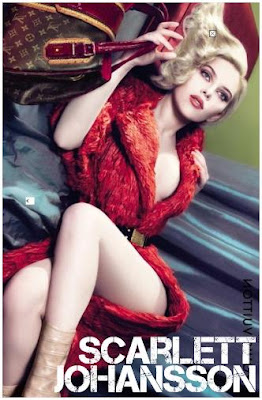 he will play elf Lindir of Rivendell. *Sean Hayes, hilarious Jack from WILL AND GRACE has been cast as Larry in the Farrelly brothers THE THREE STOOGES remake. *The new main contenders for the lead role in THE BOURNE LEGACY are Jeremy Renner and Luke Evans. One of them will continue the franchise without Matt Damon. *Scarlett Johansson's UNDER THE SKIN  should start shooting this summer according to "Beyond Hollywood", with her playing an alien on Earth, disguised in the flawless body of a mesmerizing woman. She scours remote highways and desolate scenery  using her voracious sexuality to snare human prey. My boys will surely like that one :) 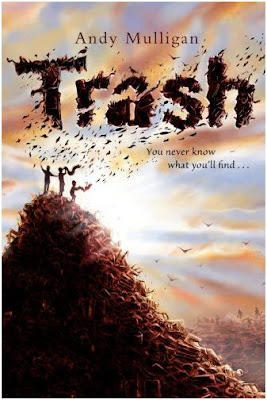 Brilliant bestselling book TRASH from British writer Andy Mulligan has found its dreamteam for a film adaptation. The story will be adapted by amazing Richard Curtis (author of British TV classics BLACK ADDER, THE VICAR OF DIBLEY, and film classics FOUR WEDDINGS AND A FUNERAL, NOTTING HILL) and directed by award winning  and equally amazing filmmaker Stephen Daldry (THE HOURS, and one of my most favourite films ever THE READER). The thrilling story is set in the third world, and follows three boys who eke out a living picking through rubbish mounds, until a surprise discovery sets them on a breathtaking adventure pitting their wits against corruption and authority.
Posted by DEZMOND at 12:00 AM