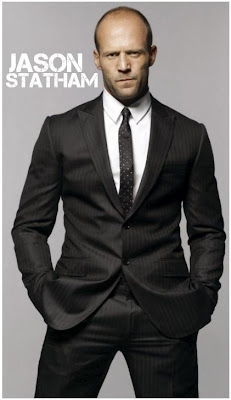 Jason Statham, one of our favourite action heroes with a good heart :) has taken a new role: Helen Mirren's husband, director Taylor Hackford will helm PARKER, and Statham will take the lead role in the story about a disciplined thief who lives by a strict code of conduct. He never steals money from people who actually need it, although he will strike back with a vengeance if he is crossed. The movie about a charming thief will be based on the books by Donald E. Westlake.

Today, thanks to "Beyond Hollywood" you can check out first pics of Christian Bale from the shooting of Zhang Yimou's (HERO) new epic drama NANJING HEROES. I've already wrote about this movie which will  chronicle the slaughter of thousands of Chinese citizens 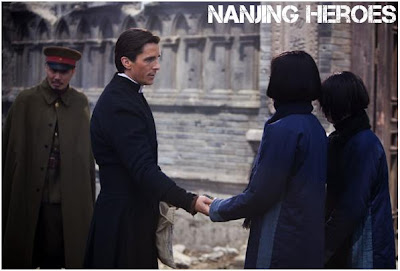 by the Japanese troops in the city that was the nation’s capital back in 1937. Bale will play a priest named John who saved many innocent people by working with German businessman called John Rabe. With the budget of $90 million it will be one of the most expensive Asian films ever. The film will be shot about 40% in English and the rest in Chinese. 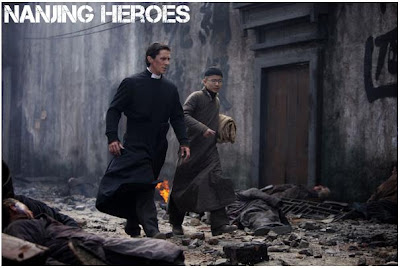 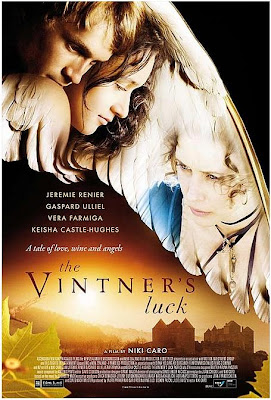 liked), tells the compelling tale of Sobran Jodeau, an ambitious young peasant winemaker and the three loves of his life: his beautiful and passionate wife Celeste, the proudly intellectual baroness Aurora de Valday and Xas, a fallen angel, who strikes up an unlikely friendship with Sobran which endures for many years. A fantastical creature with wings that smell of snow, Xas turns out to be an unconventional mentor. Under his guidance Sobran is forced to fathom the nature of love and belief and in the process grapples with the sensual, the sacred and the profane - in pursuit of the perfect vintage. Set in 19th century France, the film was shot on location in France and New Zealand.

And if you have some time, Dezzy will kindly ask you to go to HOLLYWOOD SPY's OFFICIAL FACEBOOK PAGE and click LIKE :) We must add as much new readers and followers there as possible :) If you LIKE my page over there, you will be able to receive HOLLYWOOD SPY updates at your HOME Facebook page daily :) You know HOLLYWOOD SPY loves you ;) You also have a LIKE button for my page here in the left sidebar ;)
Posted by DEZMOND at 12:00 AM