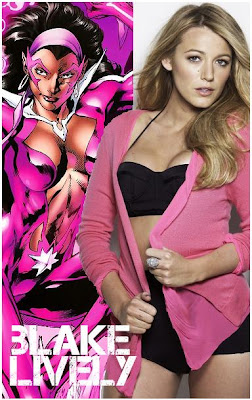 the sequel will be produced as well, and Blake Lively, who plays Green Lantern's gorgeous female counterpart and lover Carol Ferris, could turn into the villain Star Sapphire. In the upcoming film she is completely human and lives on earth. But she turns into a villain in the later comics which means we could see her as Star Sapphire in a possible sequel. Star Sapphire wears a crystal resembling an actual star sapphire that grants her powers and represents the symbolic weapon used by the queen of an immortal race of warrior women.
SHORT HEADLINES *I've informed you recently that ATONEMENT director Joe Wright is planning a new film adaptation of ANNA KARENINA with Keira Knightley, Jude Law as Karenin and Aaron Johnson as Vronski, and now according to  rumors, young Saoirse Ronan could also join them. 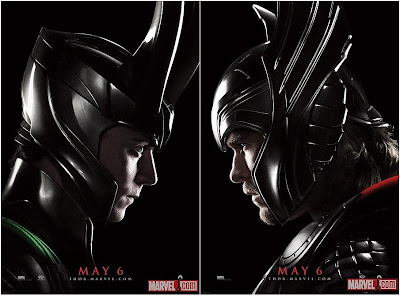 *Today, you can also check out two stunning new posters from THOR, which is coming out this May. As you know, Kenneth Branagh's epic film about the famous hero from Asgard will feature some breathtaking costumes as you can see from the helms worn by Chris Hemsworth as Thor and Tom Hiddleston as naughty God Loki. *Young Lily Collins has signed on to play Snow White in Tarsem Singh's BROTHERS GRIMM: SNOW WHITE alongside Julia Roberts as the Evil Queen and Armie Hammer as prince. 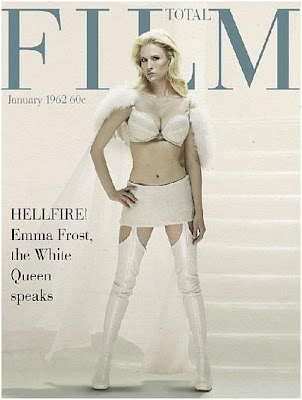 In other superhero news this Monday, Dwayne Johnson has revealed that he is ready to accept the role of Black Adam in CAPTAIN MARVEL if that film ever gets into production. Black Adam is the enemy of Captain Marvel. In another story, Patrick Dempsey wants the role of DOCTOR STRANGE, a super hero from Marvel's universe, who uses his innate mystic powers to protect the world around him. And, speaking of super heroes, check out a sexy poster from X-MEN: FIRST CLASS which features gorgeous January Jones as the White Queen aka Emma Frost on a retro designed TOTAL FILM cover. Gotta love those white boots :) The film premieres this June.
Posted by DEZMOND at 12:00 AM