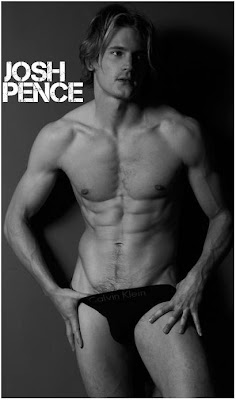 You know I don't like new Batman films, but I know many of you do, so here's the latest update: stunning young actor and model Josh Pence (SOCIAL NETWORK) has joined the star studded cast of THE DARK KNIGHT RISES which already includes Christian Bale as Batman, Morgan Freeman, Michael Caine, Gary Oldman, Tom Hardy, Anne Hathaway as Cat Woman and Joseph Gordon-Levitt. Young Josh will play young version of Ra's Al Ghul, which means that the film might also feature Talia Al Ghul who might be played by Marion Cotillard!

Your HOLLYWOOD SPY has also informed you that a TOTAL RECALL remake is in production as well in the sea of other remakes. Directed by Len Wiseman, the film will have

Colin Farrell in the lead role which was played by Arnold Schwarzenegger in the famous sf classic from the 1990's about a man who goes on a virtual holiday on Mars, but when the travelling agency implants holiday memories in him something goes wrong with the memory implantation and he remembers being a secret agent fighting against the evil Mars administrator. The fresh news is that the role which Sharon Stone played in the original is now being offered to Jessica Biel who could play his wife and also a secret spy.

Some time ago, HOLLYWOOD SPY has informed you that the film adaptation of famous Yann Martel's book LIFE OF PI is in preparations. The film helmed by Ang Lee has now found its 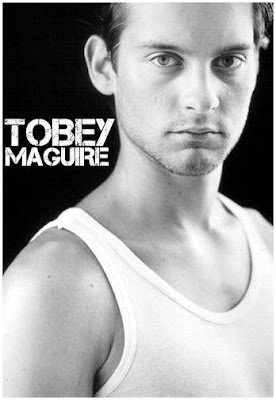 new cast member in Tobey Maguire. The intriguing story centers on a boy lost at sea in a lifeboat with four unusual and increasingly hungry companions - a Bengal tiger, a hyena, a zebra and an orangutan, after the ship carrying his family and its zoo animals sinks. Maguire will play a writer who interviews the adult Pi (to be played by Irfan Khan) about the experience. Young Pi will be played by little Suraj Sharma, and one of the cast members will also be French actor Gerard Depardieu. The film is out December 2012.
Hope you liked our Naughty Black & White Sunday when it comes to today's pics :)
Posted by DEZMOND at 12:00 AM