As you already know, Sam Raimi is preparing OZ: THE GREAT AND POWERFUL in which James Franco will be Oz, and Mila Kunis will be the wicked witch of the West. As you also know, Blake Lively was mentioned as the possible good witch, but Raimi 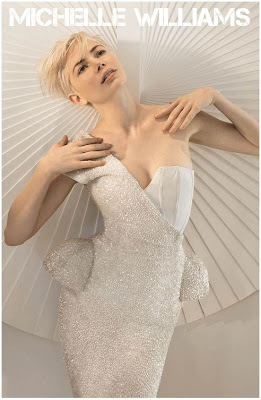 is now in conflict with Disney over the actress who will play another wicked witch. The director wants plain, boring and always weak Hilary Swank, while the studio wants profoundly talented, beautiful and always powerful Michele Williams (both nominated for Oscar two times). At the same time John C. Reilly is in talks to become Oz's sidekick but it's not sure whether he will take the job since he is also negotiating around the role of Haymitch Abernathy in THE HUNGER GAMES. The film should hit cinemas in 2013.

Last year, I wrote about ensemble epic drama THERE BE DRAGONS, and I shall now remind you of its trailer, since the film premieres May 6th in USA. This epic adventure romance set during the turmoil of the Spanish Civil War follows the lives of two young men, Josemaria Escriva (Charlie Cox) and Manolo Torres (Wes 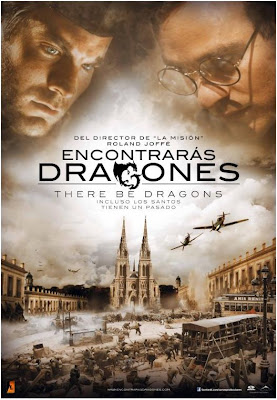 Bentley), childhood friends who are separated by the political upheaval of pre-war Spain to find themselves on opposite sides as war erupts. Choosing peace, Josemaria becomes a priest and struggles to spread reconciliation by founding the movement Opus Dei. Manolo chooses war and becomes a spy for the fascists. He becomes obsessed with a beautiful Hungarian revolutionary, Ildiko (Olga Kurylenko), who has joined the militia in pursuit of passion and purpose. But when Ildiko rejects him out of love for the courageous militia leader Oriol (Rodrigo Santoro), Manolo's jealousy leads him down a path of betrayal. As personal and national battles rage, the characters' lives collide and their deepest struggles are illuminated through the fateful choices they make. Each will struggle to find the power of forgiveness over the forces tearing their lives and friendship apart.
The amazing cast also included Dougray Scott and Geraldine Chaplin.
Posted by DEZMOND at 12:00 AM