It seems that the adaptation of the famous historical novel POMPEII by Robert Harris is finally moving on. You remember that some time ago Ridley Scott has bought the rights on turning the book into a television mini series, and now he's given the task of writing the script to Robert Towne (CHINATOWN, MISSION IMPOSSIBLE). The story follows Marcus Attilius Primus, a young Roman engineer who works on the Aqua Augusta aqueduct that feeds the ancient cities of the Bay of Naples. While battling a vile real estate speculator who has a water embezzlement scheme, Primus learns that Vesuvius is about to erupt and races to warn his true love before it’s too late.
SHORT HEADLINES *Young Jay Baruchel has just joined Robert Pattinson, Marion Cotillard, Juliette Binoche, Samantha Morton and Paul Giamatti in David Cronenberg's COSMOPOLIS, a story about a billionaire who risks his entire 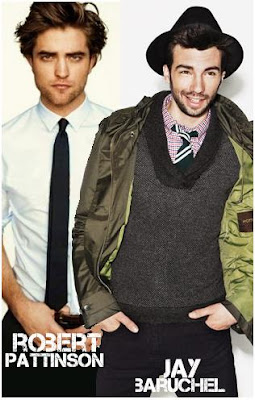 financial fortune, cheats on his wife, and is pursued by a stalker all in just one day. Baruchel will play Pattinson's boss. *Gorgeous Sofia Vergara is in talks to accept the role of a manipulative woman who THE THREE STOOGES encounter in the Farrelly Brothers remake (sorry for censoring Sofia's pic a bit :) Click to see it full) *Clive Owen and Gillian Anderson have joined SHADOW DANCER, a drama set in 1990s Northern Ireland which describes the longtime conflicts in that part of the world. 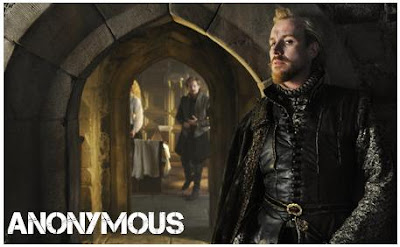 pit of Elizabethan England it will try to solve the mystery on who was the author of the plays credited to William Shakespeare? ANONYMOUS poses one possible answer, focusing on a time when cloak-and-dagger political intrigue, illicit romances in the Royal Court, and the schemes of greedy nobles hungry for the power of the throne were exposed in the most unlikely of places: the London stage. The film opens in cinemas this September. It seems it will be visually extremely striking. I'm super excited :)
Posted by DEZMOND at 12:00 AM