HOLLYWOOD SPY'S EXCLUSIVE INTERVIEW WITH TREVOR MORRIS, THE COMPOSER FROM "IMMORTALS", "THE TUDORS", "THE BORGIAS", "PIRATES OF THE CARIBBEAN", "THE PILLARS OF THE EARTH"!

I'm sure that all of you are huge fans of famous epic TV shows such as THE TUDORS, THE BORGIAS, THE PILLARS OF THE EARTH, and today, here at HOLLYWOOD SPY we have an exclusive and lovely talk with one of world's greatest composers, Trevor Morris, the man who composed the 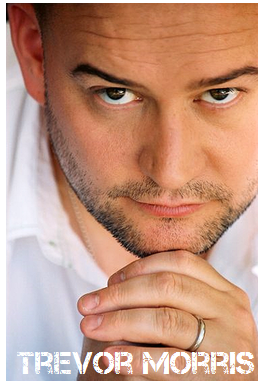 amazing music in those shows weaving emotions and drama into his magnificent scores. Beside scoring music for the shows, he also worked on the music for huge cinematic blockbusters from IMMORTALS to PIRATES OF THE CARIBBEAN: THE CURSE OF THE BLACK PEARL and DEAD MAN'S CHEST and THE ISLAND.


DEZZ The refined sensuality, deep passion and profound understanding of the message that they should convey is what marks the scores and musical themes you did for so many epic shows and films. The listeners get an impression that you write with your heart not with your fingers. How much emotions does it take to write such masterpieces? You've said once that you have to go deep not just into the story but also into the characters as well while composing.

TREVOR It takes a lot of emotional dedication to get that emotion out, at least for me. I'm sure some composers can detach the two, but for me the verisimilitude comes from me feeling going in what comes out.


DEZZ Probably the most legendary epic series ever THE TUDORS was one of the projects that made you famous. How was it working on the show, and are you aware that millions of people consider the main theme of the show one of the most enchanting pieces ever? You won an Emmy for it! 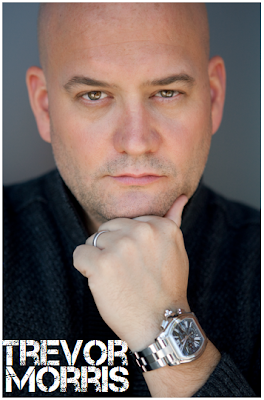 TREVOR Thank you, I am proud of that one, it was a great ride, I was sorry to see it end, but like a good friend, you're sorry to see them leave, but you are left more enriched from having spent time with them.


DEZZ You've also worked on THE BORGIAS and THE PILLARS OF THE EARTH, creating stunning music for both shows and giving both of the projects memorable opening themes. What are your experiences from those shows? Will you work on WORLD WITHOUT END, sequel to PILLARS?

TREVOR I am working on the final episode of "The Borgias" as we speak, it continues to get richer and richer. Its another amazing gift of a project that has come my way, for which I am very grateful.
I will not be scoring "World Without End", they have a new director who has a relationship with his composer, and I have enormous respect for those relationships.


DEZZ  Speaking of inspiring relationships, you also worked on last year's worldwide epic blockbuster IMMORTALS. Was it a delight

working with Tarsem? I can imagine how his visual genius is a magnificent treat and inspiration for costume and set designers and composers he works with.

TREVOR Tarsem was amazing, amazingly supportive of me, and just a great human being. It was likely the best experience of my career in every possible way.


DEZZ  When it comes to films, beside IMMORTALS, you did music for PIRATES OF THE CARIBBEAN, KING ARTHUR, TEARS OF THE SUN, THE LAST SAMURAI, SHARK TALE, THE ISLAND, THE SCORPION KING, HILLS HAVE EYES... What's the difference between composing for films and shows? Do you compose after the film is done, or before you even see it?

TREVOR There isn't a lot of difference to me in how I approach. The medium is different, so you have to be aware of that. But I approach them in very similar ways. Composers always work to the finished picture (or nearly finished picture). 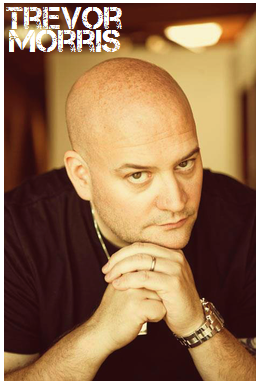 DEZZ  Since you often work on historical shows and films, where do you find the inspiration for creating a music that belongs to a long past era, where do you find all the authentic instruments, and what kind of research does all that involve and require? Which instruments do you play yourself?

TREVOR Its funny that I am known as the Historical drama guy, since I never sought out to be that. Be that as it may I am grateful for it. I play a lot of instruments badly (Dulcimers, stuff like that). But mostly it lives in my computer, or I program it on piano keyboard (which is my instrument) and have it replaced by a real musician. I'm never bound by historical correctness, so I just use whatever instruments speak to me, have a dramatic cinematic sense. It matters not if it was "of the time" or not.


DEZZ You were born in the same town as famous Oscar winning director Paul Haggis (CRASH). Any chances of you two working together? Which directors, musicians and artists would you like to work with in the future. Who are your own idols from the business? We know that you worked with Hans Zimmer, Jerry Bruckheimer, Neil Jordan, Ridley Scott...

TREVOR I've never met Paul, but I would love to work with him. I think he's one of the best writers we have (and director too obviously). I've worked with the 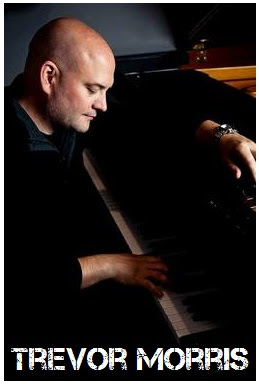 Scott brothers as producers on "The Pillars of the Earth". But to compose for either of them as directors would be a career dream come true. They are my kind of movie makers, I'm a huge huge fan.


DEZZ How does it feel being an inspiration and role model to so many musicians and aspiring composers around the world? How does it feel when you know that your work has touched millions of people, who cried, laughed, loved, dreamed with your music? Are you aware of the impact which you as a man and an artist have on this big world? Do you feel like you've fulfilled your mission?

TREVOR My humble Canadian side can't allow me to think that way, but I appreciate you saying it. It's the project that reaches the world, and music goes along for the ride. There is no main title music for "The Tudors", without "The Tudors", if you know what I mean. Its certainly immensely gratifying to know my music has reached so many corners of the world, and that feeling is never lost on me.
It makes me feel connected in some small way to the composer heroes I looked up to as kid, like John Williams and Jerry Goldsmith and James Howard. Knowing how far and how deep their music reaches, if I can channel even a small part of that mojo, I am winning.


DEZZ Trust me, Trevor, you've got the mojo :) Could I ask you what will you be working on in the future? Some new projects after THE BORGIAS?
TREVOR Feature film "Fire with Fire" (a film about a fireman who takes an unexpected course of action when he's threatened by a man who he's been ordered to testify against, with Bruce Willis and Josh Duhamel) and then some well earned time off.


DEZZ Being such a dashing hunk that you are :), have you ever used your talents to seduce someone with a song written specially for them, or serenading them? :) I know that you have a beautiful wife.

TREVOR You'll have to ask my wife about that one.


DEZZ Trevor, I must thank you for sharing your answers with the readers of HOLLYWOOD SPY.  We will be following your future career with great interest and a lot of cheering from our side :) Click to visit Trevor Morris' official site!
Posted by DEZMOND at 12:00 AM