One of the fantasy sagas that Hollywood is counting on in the future as a possible franchise, the movie adaptation of Kami Garcia and Margaret Stohl's

BEAUTIFUL CREATURES, has just gotten a new male lead: Alden Ehrenreich will take the job over from Jack O'Connell in the story about two teens who must confront a curse that has haunted the girl's family for generations. As I've reported earlier, Emma Thompson will play a dual role of a small town religious zealot and a dark witch, while the female teen role went to Alice Englert. Emmy Rossum will play the girl's cousin who becomes a dark witch too, and Viola Davis and Jeremy Irons are also in the cast. Alden, who was, believe it or not, "discovered" by Steven Spielberg at the bat mitzvah of a friend of Spielberg's daughter, was one of the candidates for a role in sf epic AKIRA last year, and will also star in Wentworth Miller's STOKER next to Nicole Kidman, Dermot Mullroney, Lucas Till and Matthew Goode.

HOLLYWOOD SPY HEADLINES
According to "Variety" the director of the successful MY WEEK WITH MARILYN film, Simon Curtis has found himself a new project: titled CLICK TO CONNECT, it will be a romantic anthology set in the online dating world in which the story will revolve around a collection of characters, ranging in age from their 20s to 60s, whose approach to online dating varies according to their circumstances and their past. 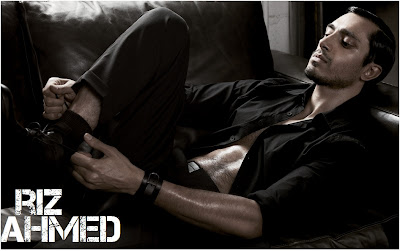 And Eric Bana's currently untitled suspense thriller in which he will play one of the ex-lovers who find themselves placed on the defense team in a terrorism trial, is getting quite a nice cast: always amazing Jim Broadbent (MOULIN ROUGE, THE IRON LADY), equally amazing Ciaran Hinds (ROME, JOHN CARTER), deeply charismatic Riz Ahmed and brilliant Anne Marie Duff (THE VIRGIN QUEEN, also known as James McAvoy's wife), have all joined the film.

Speaking of amazingly charismatic actor turned screenwriter Wentworth Miller, beside the above mentioned STOKER ( Which will follow a teenage girl mourning the death of her father who deals with a strange uncle who mysteriously shows up to meet the family) he's just finished another script of his own. Titled THE DISAPPOINT- MENTS ROOM it will, according to "The Hollywood Reporter", follow a family that moves into a mysterious old house in the country and discovers that it has a dark past. The PRISON BREAK and RESIDENT EVIL AFTERLIFE star will also do some acting this year, since we should see him in LOFT which, with a cast stolen right of my wildest dreams - Karl Urban and James Marsden, revolves around five friends who share a loft for their extramarital affairs and begin to question one another after the body of an unknown woman is found in the property. Wentworth has an MA in English language and literature so it's no surprise that his scripts are well paid in Hollywood.
Posted by DEZMOND at 12:02 AM