One of Reese Witherspoon's future projects, fantasy comedy WISH LIST has finally found its director: according to "The Hollywood Reporter" the movie, scheduled for a 2013 release, will be helmed by BRIDESMAIDS director Paul Feig. The script will see Reese playing a business woman whose all childhood wishes she ever wished suddenly start coming true one by one. Reese is, outside this fun project, trying to take a more serious turn in her career so she has two tough dramas ahead of her: MUD in which Matthew McConaughey will play her soul mate, a charismatic fugitive from the law who is trying to find her with the help of a fourteen year old boy, and DEVIL'S KNOT, in which she will star beside Colin Firth, in a story about three children who were savagely murdered in 1993. Weeks later, police announced the arrest of three teens accused of committing the murders as part of a satanic cult ritual. She will also appear in BIG EYES, next 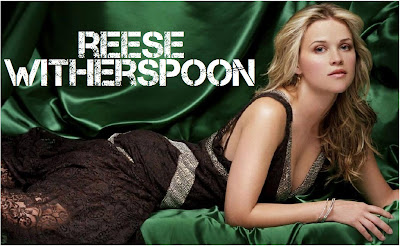 to Ryan Reynolds. The film explores the relationship between painter Margaret Keane and her husband, Walter, who took credit for her work. He lived the high life while she toiled in relative anonymity in the Bay Area.

HOLLYWOOD SPY HEADLINES
And here are some new casting updates from the shooting of BBC's MERLIN fifth season, which was, as you remember, ordered even before the fourth one was aired last Autumn since MERLIN is the show aired in the biggest number of countries around the world. The fifth season, currently being shot in UK, will air from September and beside 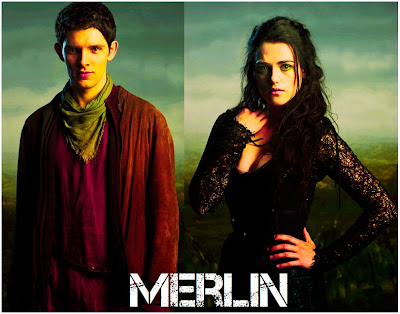 Colin Morgan and Bradley Jamesin the lead roles of Merlin and king Arthur (you remember that he became the king in the last season), the cast will also have GAME OF THRONES Liam Cunningham, and "Digital Spy" reports that guest stars Lindsay Duncan (Queen Annis) and Janet Montgomery (Princess Mithian) will also be returning in the new run of the show. Although the show was originally planned to 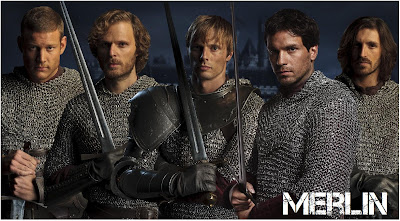 have five seasons, it could continue with the sixth one as well, if the show remains popular after the fans were deeply disappointed with Arthur marrying horrible Gwen in the last season and her becoming the queen of Camelot. GAME OF THRONES second season, for example, has been losing viewers in UK with each episode since the premiere earlier this month.


The only clip I have for you today is for British comedy drama CHEERFUL WEATHER FOR THE WEDDING. Plot Summary: England, 1932. Today is the wedding day of Dolly Thatcham (Felicity Jones), and her family is arriving at the manor house with all the cheerfulness, chaos and grievances that bubble to the surface at such gatherings. Trouble soon appears in the shape of Joseph (Luke 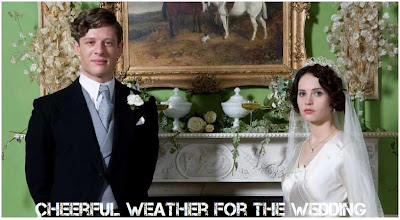 Treadaway), Dolly's lover from the previous summer, who throws her feelings into turmoil. Dolly's mother (Elizabeth McGovern) will not allow her carefully laid plans for her daughter's future to be threatened, and as the clock ticks, the bride can't decide whether to run away with Joseph or start a new life in Argentina with her husband-to-be.
Your Spy will be out of town tomorrow, so I might be a bit late in responding to your comments and in posting the results of our TV HUNK poll, so be patient, my little freaks :)
Posted by DEZMOND at 12:00 AM