The main treat I have for you today, people, are brand new character posters for action film G.I. JOE: RETALIATION, a sequel to the 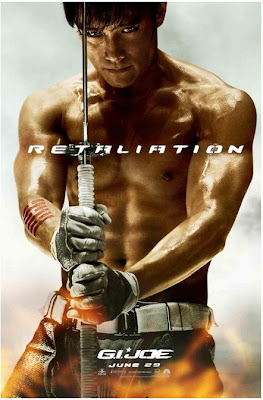 successful blockbuster from a few years ago which followed the international special forces unit known as "G.I. Joe". These new posters show Channing Tatum as Captain Duke Hauser, Bruce Willis as Joe, the original G.I. Joe, Dwayne Johnson as Roadblock, Ray Park as Snake Eyes, Byung-hun Lee as Storm Shadow, and Elodie Yung as Jinx. And there is also the first picture of the Cobra Commander. Ready to open up in cinemas June 29th the story of the film will see the remaining Joes gathering together again in order to strike back at the evil Cobra spy 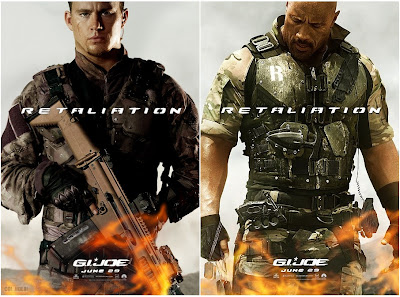 Zartan (brilliant Arnold Vosloo, famous as the Mummy from Stephen Sommers' famous saga) who had most of them assassinated. The cast also includes Ray Stevenson as Firefly and Adrianne Palicki as Lady Jaye and Jonathan Pryce as the American president. According to IMDB, the film is influenced by "G.I. Joe: Renegades", 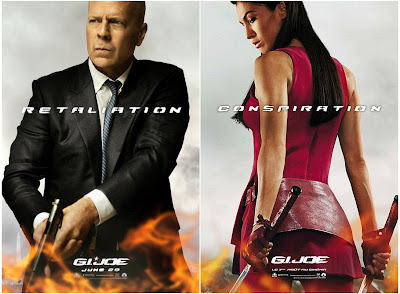 where Cobra turns the authorities against the Joes, and they end up on the run. Even though the fans were shocked with the decision, the producers have decided for some reason to leave out a lot of the most 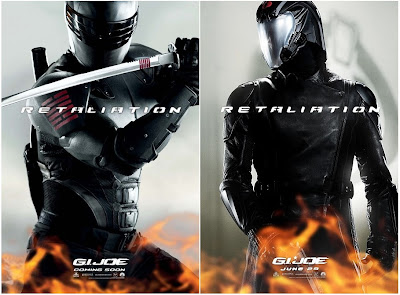 
YOUR SISTER'S SISTER
The only new trailer I have for you kids, is for romantic drama YOUR SISTER'S SISTER which hits cinemas this June and has our favourite British beauty Emily Blunt in the lead role alongside Rosemarie DeWitt. A year after his brother 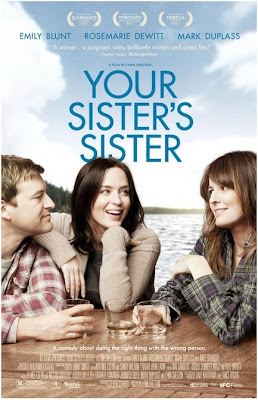 Tom's death, Jack (Mark Duplass, I've no idea who he is, but he's definitely not a lead star material if you ask me) is an emotionally unstable slacker. When he makes a scene at a memorial party, Tom's ex-girlfriend Iris (Blunt) offers up her family cabin on an island in the Pacific Northwest so Jack can seek catharsis in solitude. Once there, however, he runs into Iris' sister Hannah, a lesbian reeling from the abrupt end of a seven-year relationship who finds solace in the affable Tom's unexpected presence, and the two bond over a long night of drinking. The blurry evening concludes with an awkward sexual incident made worse by Iris' sudden presence at the cabin the next morning which sets into motion a twisted tale of ever-complicated relationships.
Posted by DEZMOND at 12:00 AM