So, my little freaks, have you watched the opening episode of GAME OF THRONES second season last night? How did you like it, please 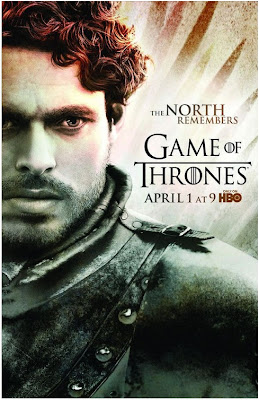 do tell us. I haven't seen it yet, but I will soon, and while you wait for next Sunday and the new episode, check out these lovely posters showing some of the main characters from HBO's planetary popular epic show. The posters show Lena Headey as Cersei Lannister (Love is Weakness), Emilia Clarke as the Dragon Queen Daenerys Tragaryen (I Will Take What Is Mine With Fire and Blood), Richard Madden as Robb Stark (The North Remembers), Kit Harrington as Jon Snow (I Am the Sword In The Darkness), Nikolaj Koster Waldau as Jaime Lannister (There are No Men Like Me). As we've seen in the first episode of the second season titled "The North Remembers" Tyrion 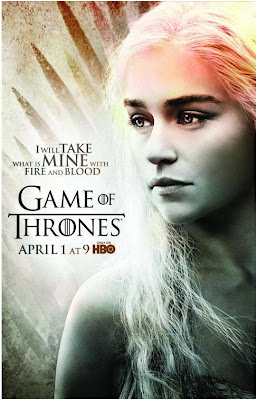 arrived to save Joffrey's crown from threats old and new, Daenerys searched for allies and water in the Red Waste while Jon Snow and the Nights Watch faced the wilderness beyond the Wall. A lot of the viewers did find "the leaping around from subplot to subplot a bit dizzying", did you think so? I remember how I was a bit confused with the first season, since I haven't read the George R.R. Martin's fantasy saga, so I hope the second season is going to be a bit more easy for us who face the story for the first time on the small screens. Don't forget to check out HOLLYWOOD SPY's SpotLight on the future projects of GAME OF THRONES stars and our SpotLight on the second season as well! 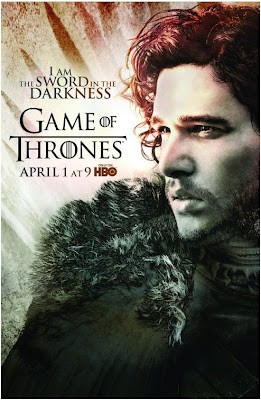 a bloody purge in the capital, where Tyrion chastens Cersei for alienating the king’s subjects. On the road north, Arya shares a secret with Gendry, a Night’s Watch recruit. With supplies dwindling, one of Dany’s scouts returns with news of their position. After nine years as a Stark ward, Theon Greyjoy reunites with his father Balon, who wants to restore the ancient Kingdom of the Iron Islands. Davos enlists Salladhor Saan, a pirate, to join forces with Stannis and Melisandre for a naval invasion of King’s Landing. That last piece of info means we will finally see two new characters in the show :) 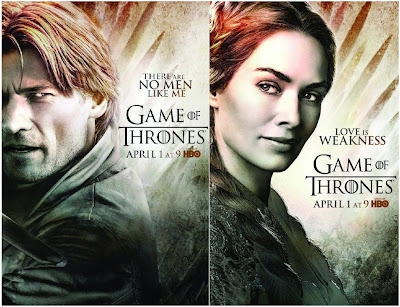 TOTAL REMAKE
I've posted a teaser for the upcoming remake of the science fiction classic from the 90's TOTAL RECALL a month ago, but now here's the full trailer, and it's super exciting and rather dynamic. Ready to premier in August, it is an action thriller about Rekall, the company that can turn your dreams into real memories. For a factory worker named Douglas Quaid (Colin Farrell), even though he's got a beautiful wife(Kate 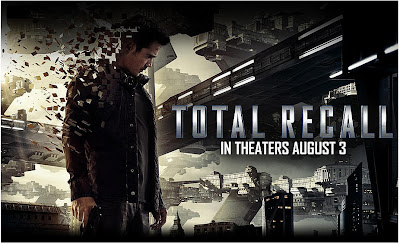 Beckinsale) who he loves, the mind-trip sounds like the perfect vacation from his frustrating life - real memories of life as a super-spy might be just what he needs. But when the procedure goes horribly wrong, Quaid becomes a hunted man. Finding himself on the run from the police - controlled by Chancellor Cohaagen (Bryan Cranston), the leader of the free world - Quaid teams up with a rebel fighter (Jessica Biel) to find the head of the underground resistance (Bill Nighy) and stop Cohaagen. The line between fantasy and reality gets blurred and the fate of his world hangs in the balance as Quaid discovers his true identity, his true love, and his true fate.
Posted by DEZMOND at 12:00 AM