I've mentioned it last year as well, but the news on CONSTANTINE THE GREAT movie are appearing again in Serbia. Along with more than 20 other Roman emperors Constantine was born in Serbia, in the Serbian city of 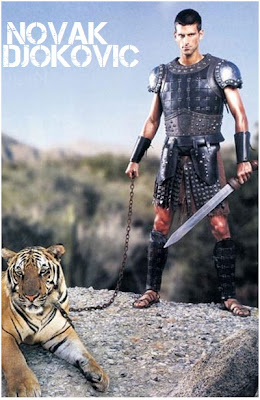 Naisus and the idea is to celebrate the jubilee of Constantine's The Edict of Milan, with which, back in 313, he accepted Christianity as the official religion, by releasing the film next year. There are talks that the epic movie on the Roman emperor will be shot both in Serbia and America later this summer produced by Lucas Foster (EQUILIBRIUM, MR AND MRS SMITH, BAD BOYS). The project should be announced at the Cannes film festival along with the casting list, but according to current rumours World's Tennis player number one, Serbia's own Novak Djokovic has agreed to take a role of one of Constantine's generals. He already starred in EXPENDABLES 2 next to Bruce Willis and Arnold Schwarzenegger. I'm not sure how trustworthy the whole story is, since these kind of epics are expensive and are announced much earlier, and plus Lucas has had a lot of announced epics which were never made later on, but let us keep our fingers crossed. 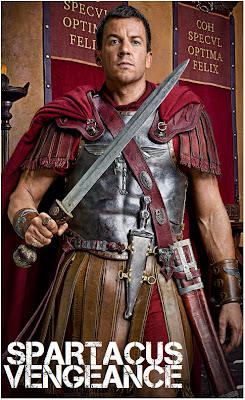 So, people tell me how did you like the grand finale of SPARTACUS VENGEANCE last weekend? It was rather shocking, wasn't it, although we are used to loads of characters dying in the final episode when it comes to SPARTACUS. Mira and Ashur died, Lucretia (Lucy Lawless) killed Ilithyia (Viva Bianca) and her baby in revenge for her own baby who died when Glaber's (Craig Parker) wife left her locked in the ludus in the first season (Lucretia was apparently originally really meant to die in the first season, but the producer had a vision of her as Mad Ophelia and she was resurrected in VENGEANCE), there was also the battle at Mt. Vesuvius... I personally thought that with the shift of the focus from 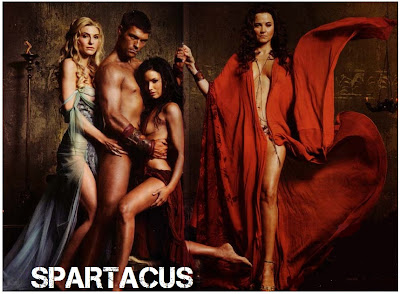 Batiatus and Lucretia to Spartacus and rebels, the show became rather weak in the plot department, although it still was visually daring and spectacular. The show just wouldn't work without Lucy Lawless' Lucretia, so I'm not sure what they will do for the next season, but they 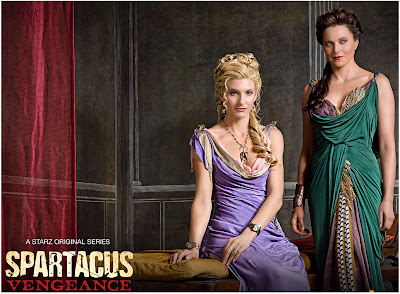 did promise a strong female character again. And how did you like Liam McIntyre as Spartacus? Did he manage to score success in your eyes? I thought he was lacking a bit of charisma and presence, but he was generally OK. 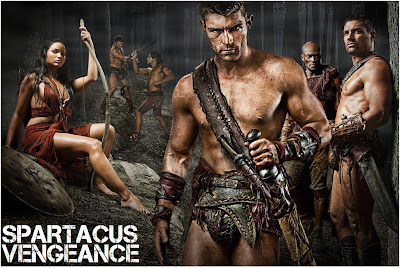 THE THIRD SEASON
It has been already announced that the third season, which will be 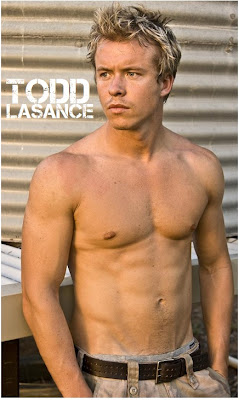 aired next year, will see Marcus Crassus and Julius Caesar going after Spartacus, which is why so many characters were sent to afterlife in order to clean the stage. The third season will jump six months ahead, where Spartacus and his band of rebels have become thousands and they’re causing Rome some real concern. Australian actor Todd Lasance has already been cast for the role of young Iulius Caesar, who will, according to "EW" begin his ascent toward ruling the empire and will use his intelligence and deadly skill with a sword to try and crush the slave rebellion. British TV actor Simon Merrells will play Crassus, the richest man in Rome, who craves the power and respect that would come from defeating Spartacus. 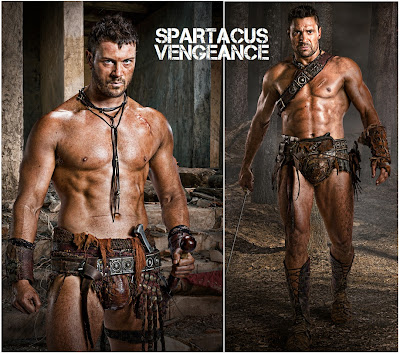