HOLLYWOOD SPY'S BEST TV HUNKS ARE "ONCE UPON A TIME" JOSH DALLAS AND DAVID OAKES FROM "THE BORGIAS"!

Our long poll on BEST TV HUNK is over, my dear readers, and after a month of voting and with hundreds of votes, the proud winner is amazing Josh Dallas with 20% of your votes, while David Oakes took


JOSH DALLAS
Amazing angel eyes fella Josh Dallas has literally appeared from nowhere and immediately seduced millions of fans with his warm charisma, kind nature and mesmerizing looks. No wonder he got the role of Prince Charming in planetary popular fantasy show ONCE UPON A TIME in which he shines every week with his trustworthy and believable portrayal of the prince looking for his Snow White and of a regular guy lost in Storybrooke where he is trying to find his true love. Charm is what he has in tones. Beside the magnificent role in ONCE UPON A TIME, Josh also played the brave swordsman Fandral in last year's blockbuster THOR next to Chris Hemsworth, and will play it again in a sequel to the film. Last year we also saw him in George Lucas'WWII epic RED TAILS, and before that he had guest roles in 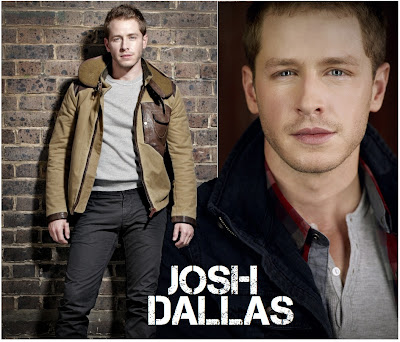 DOCTOR WHO, HAWAII FIVE O, CSI... Before his Hollywood career, Josh spent almost ten years in London being a member of many renowned theatre companies such as Royal National Theatre, The English National Opera, The New Shakespeare Company... He got offered the Fandral role in THOR by Kenneth Branagh only five days after returning to the United States.


DAVID THE NAUGHTY
I'm proud to say that HOLLYWOOD SPY was one of the first sites to follow, notice and write about brilliant David Oakes. Although THE PILLARS OF THE 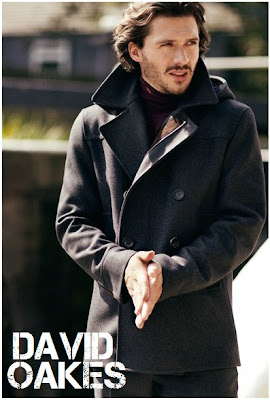 EARTH was filled with young stars which will later on become popular (Eddie Redmayne, Sam Claflin), David has used his chance and managed to shine himself too in the role of evil and ambitious William Hamleig whose morbid relationship with his own, equally ambitious, mother brings him doom. He was noticed in that role and got an even bigger one in THE BORGIAS, in which he still plays the superficial pope's son Juan Borgia. Beside sharing stunning looks with the above mentioned Josh Dallas, another thing the two of them share is their theatrical career. He has performed in Globe Theatre and the Old Vic. Not sure how is that possible, but he is mentioned in the cast of THE PILLARS OF 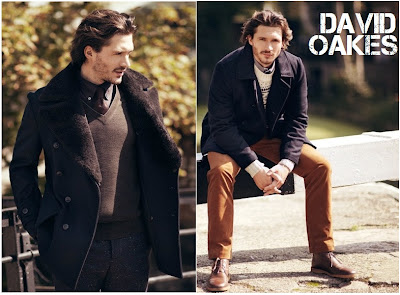 THE EARTH follow up, WORLD WITHOUT END in which he is supposed to play Bishop Henry in a cameo role. He is from Britain and has an MA in English and Drama. It is interesting that his father is a Canon of Salisbury Cathedral, the Cathedral that provided much of the source material for "The Pillars of the Earth"!
Posted by DEZMOND at 5:28 PM