As Australian "Daily Telegraph" reports supermodel Abbey Lee Kershaw is replacing gorgeous Teresa Palmer in MAD MAX: FURY ROAD, due to constant delays of the production. The complex and expensive film (there were talks that it will cost around $100 million) should finally start shooting later this year. The fourth part of the famous saga, directed by George Miller will have Tom Hardy in the lead role and Charlize Theron as Furiosa, a one armed warrior lady. Since the story is again set in a post-apocalyptic world, women, especially beautiful women, are scarce, so men have been locking them up in cages (I'm shocked, just as you are), and Abbey will be one of them. Young star Nicholas Hoult (X-MEN FIRST CLASS, JACK THE GIANT KILLER) should also be the part of the cast.


HOLLYWOOD SPY HEADLINES
One of the more interesting of the upcoming TV pilots, SyFy's sf project DEFIANCE is quickly adding cast members so that the shooting of the pilot could start later this April in Canada. According to "Digital Spy" the story, set in a futuristic world ravaged by war between humans and aliens, will follow Jeb Nolan (Grant Bowler from TRUE 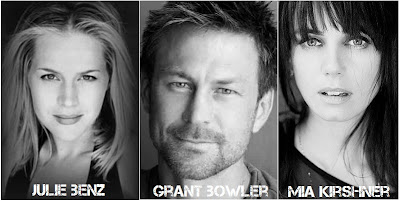 BLOOD), law-keeper in the town of Defiance, a burgeoning place which becomes caught up in the global conflict. "Vampire Diaries" star Mia Kirshner will play Kenya, the sassy and confident "town madam". "Lost" actress Fionnula Flanagan will also appear in DEFIANCE as Nicky, the former mayor of Defiance, serving as a mentor to her successor Amanda, played by "Dexter"'s Julie Benz. 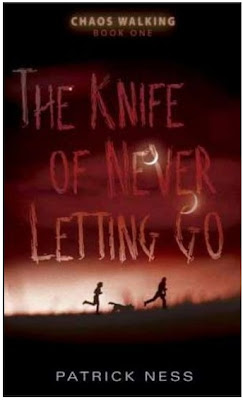 THE KNIFE OF NEVER LETTING GO will get a movie adaptation over at Lionsgate and it will possibly develop into a film franchise. The story is set in a future where humans are trying to colonize a planet similar to Earth. A bizarre infection known as The Noise spreads throughout the planet, which makes all human thought audible. When a corrupt dictator threatens to take control of civilization, a young boy named Todd Hewitt is the only one who can prevent the planet's complete devastation.