Sometime last year HOLLYWOOD SPY has announced that British Sky One is preparing their own show titled SINBAD, probably encouraged 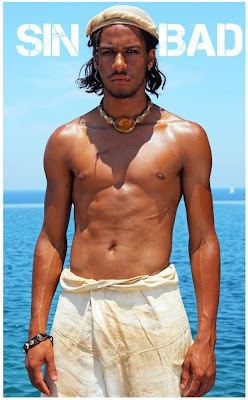 by the worldwide success of MERLIN and SPARTACUS and similar epic shows. Now here's the first utterly short sneak peek for the show which will air in July in 12 episodes. It gives us only the look of the main hero. Starring newcomer Elliot Knight in the title role, alongside Naveen Andrews ("Lost"), Orla Brady ("Fringe"), Sophie Okonedo ("Hotel Rwanda") and Timothy Spall ("Harry Potter"), the new show, packed with fantasy, adventure and action, will follow the legendary sailor Sinbad who,  banished from his homeland of Basra and cast out to sea on the ship called "The Providence" following the death of his much-loved brother, embarks on an epic quest to rid himself of the curse placed 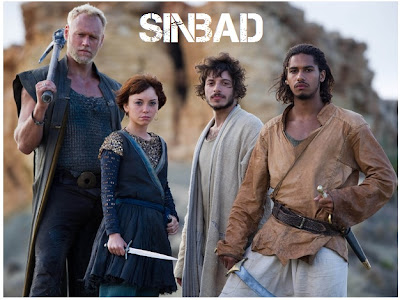 on him by his own grandmother and embrace his destiny. On board "The Providence", an intriguing band of travellers are thrown together, including taciturn Norwegian sailor Gunnar (Elliot Cowan), lithe 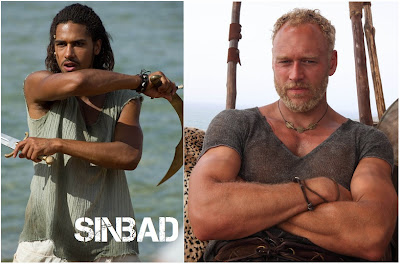 
HOLLYWOOD SPY HEADLINES
All of you who are fans of DR. WHO, might be glad to hear that David Tennant has found himself a new gig: according to "Digital Spy" he will 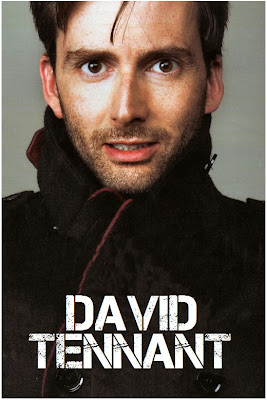 take the lead role in BBC's TV film THE SPIES OF WARSAW which will have two 90 minute parts. The adaptation of Alan Furst's novel will see Tennant as Colonel Jean-Francois Mercier, a decorated war hero who begins an affair with a Parisian lawyer Anna to be played by Janet Montgomery. Taking place in London, Paris, Berlin and Polanda it will be a tense, passionate and sexy love story set against the increasingly strident clang of coming Second world war.
It's been an extremely poor period in the movie news department in last few weeks, people, so bare with me until sun shines again :) Thus, the only new trailer I have for you today is for a smaller film called GIANT MECHANICAL MAN which still doesn't have a release date, but is has some nice names in the cast. It is an offbeat romantic comedy about a silver-painted street performer and the soft spoken zoo worker who 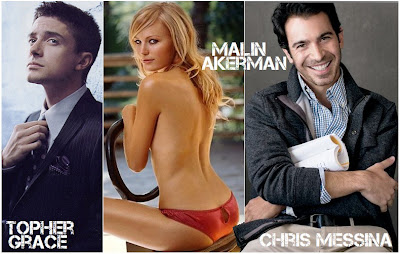 falls for him. Directed by Lee Kirk, the film charts the romantic adventures of an introverted zoo worker (Jenna Fischer, I've no idea who she is, but I don't like her acting in the trailer, she seems like she has one facial expression in all scenes). She falls for her co-worker (Chris Messina), who is a street performer dressed as a gigantic silver man in his spare time. Meanwhile, her well-meaning sister (Malin Akerman) pushes her to date a painfully upbeat motivational speaker (Topher Grace looking crazier than ever in the film :)).
Posted by DEZMOND at 12:00 AM