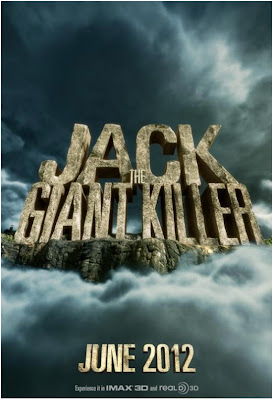 You've probably noticed that the trend of getting famous fairy tales adapted into movies is very dominant currently in Hollywood. We've already seen ALICE IN WONDERLAND, MIRROR MIRROR, RAPUNZEL, HANSEL AND GRETEL are ready to premiere next year, while a number of other projects on SNOW WHITE, CINDERELLA, LITTLE MERMAID are waiting to get into production or to get into cinemas. Definitely one of the more adventurous treats of this kind will be fantasy epic JACK THE GIANT KILLER ready to hit the big screens next year.


THE GIANT STORY
Based on the famous fairy tale JACK AND THE GIANT BEAN, fantasy movie JACK THE GIANT KILLER tells the story of an ancient war that is reignited when a young farmhand unwittingly opens a gateway

between our world and a fearsome race of giants. Unleashed on the Earth for the first time in centuries, the giants strive to reclaim the land they once lost, forcing the young man, Jack, into the battle of his life

to stop them. Fighting for a kingdom, its people, and the love of a brave princess, he comes face to face with the unstoppable warriors he thought only existed in legend, and gets the chance to become a legend himself. 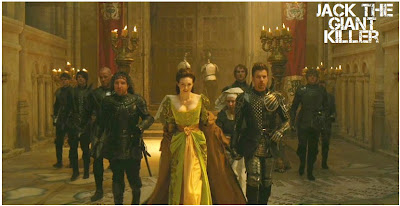 THE GIANT CAST
Directed by Bryan Singer with a screenplay by Darren Lemke and Christopher McQuarrie and Dan Studney, the film stars Nicholas Hoult (WARM BODIES, X-MEN FIRST CLASS) in the lead role of young Jack. Eleanor Tomlinson (ALICE IN WONDERLAND, THE

ILLUSIONIST) stars as the brave princess Isabelle who is blasted to the land of the giants when the beanstalk spouts. British superstar Ewan McGregor plays Elmont, the head of the elite royal guard. Ian McShane (THE PILLARS OF THE EARTH, PIRATES OF THE 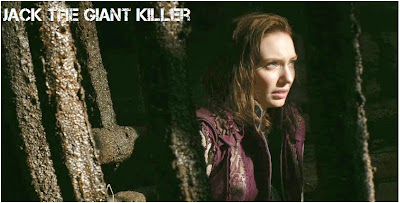 CARIBBEAN) stars as King Brahmwell, the princess' father, who is none too thrilled about a union between his daughter and a farmer boy, while Bill Nighy and John Kassir star as Fallon, the two-headed leader of the giants. Nighy plays the big head and Kassir plays the smaller head.

Stanley Tucci appears in the film as Lord Roderick, an adviser to the king with designs on usurping power. Australian star Daniel Lapaine (MURRIEL'S WEDDING) will play Jack's dad.


THE GIANT TIDBITS
The film was originally supposed to open this June alongside Ridley Scott's PROMETHEUS and this year's biggest animated adventure BRAVE, but since that would be too risky and since the first trailer was faced with the bad comments from always shallow and irresponsible 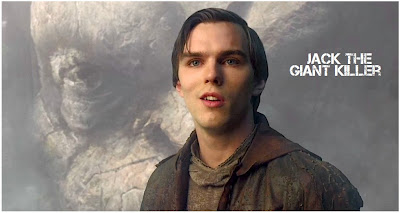 fanboys, Warner Bros. had decided to push the premiere of Bryan Singer's fantasy epic to March 2013. Aaron Johnson was the first choice for the role of Jack, while Juno Temple was supposed to play the princess. Lily Collins also screen tested for the role, but ended up

playing Snow White in another fairy tale MIRROR MIRROR. The film features a number of truly horrid hairdos, from the one on Nicholas Hoult to the one on Eddie Marsan.
Posted by DEZMOND at 12:00 AM