In HOLLYWOOD SPY's spotlight this Sunday, we're focusing on some of the upcoming foreign films which are having their premier in the USA this year. Here we go:

FOR GREATER GLORY
I've mentioned this one more than a year ago, but it is finally ready to start its life in US cinemas this June. CRISTIADA or FOR GREATER GLORY, is a dramatic Mexican epic which features a stunning cast including Peter 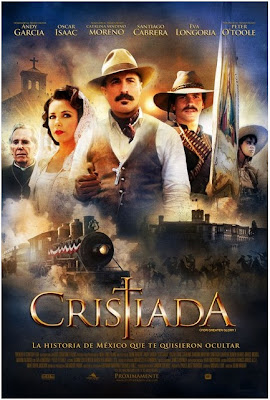 O'Toole, Andy Garcia, Eva Longoria, Bruce Greenwood, Nestor Carbonell, Catalina Sandino Moreno, Oscar Isaac, Eduardo Verastegui... The story of this stunning and touching epic drama revolves around the Cristeros War from the 1920's which started after a rebellion over the Mexican government's 1917 attempt to remove the influence of the Catholic Church and secularize the country. The film is directed by Dean Wright (in his directorial debut, he is known as a visual effects expert who worked on LORD OF THE RINGS and CHRONICLES OF NARNIA) and the music is composed by the best among the best - James Horner (TITANIC, AVATAR)! 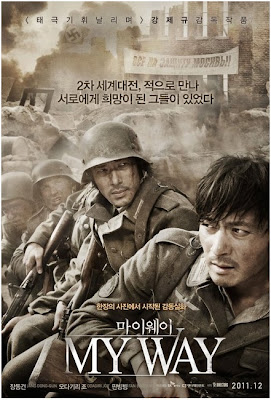 Tatsuo Hasegawa both find themselves in the Japanese army, fighting the Chinese and Soviets in a bloody battle. Jun-shik is there under duress, while Tatsuo is a powerful colonel. After both are taken prisoner by the Soviets, their mutual hatred and mistrust boils over into a violence that is only stopped by the continuing horror of the war. Forced to fight for the Soviets, the two eventually rely on each other for survival, making it to Germany, where they are in turn separated and forced to fight for the Nazis. They meet again at Normandy Beach, both unlikely survivors, bonded together by history as they struggle to survive one more terrible battle as the Allies arrive on D-Day. The cast includes  Asian stars Dong-gun Jang, Jo Odagiri and Bingbing Fan.


WARRIORS OF RAINBOW
One of the Asian films ready to premier in USA April 27th is WARRIORS OF THE RAINBOW: SEEDIQ BALE. You can check out a deeply touching trailer bellow. Some eighty years ago, in the mountains of Taiwan 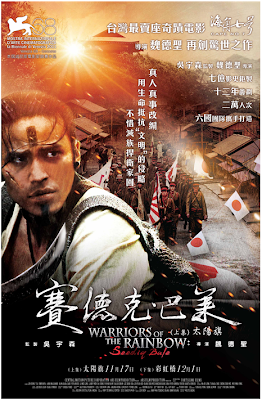 two races clashed in defense of their faiths. One race believed in rainbows, the other believed in the sun. Neither side realized that they both believed in the same sky. Wei Te-sheng's epic film "Warriors of the Rainbow: Seediq Bale" reclaims an extraordinary episode from 20th-century history which is little-known even in Taiwan. Between 1895 and 1945, the island was a Japanese colony inhabited not only by the majority (Han Chinese Immigrants) but also by the remnants of the aboriginal tribes who first settled the mountainous land. In 1930 Mouna Rudo, the leader of the Seediq tribe settled on and around Mount Chilai, forged a coalition with other Seediq tribal leaders and plotted a rebellion against their Japanese colonial 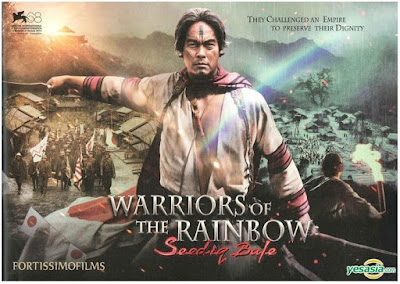 masters. It was to begin at a sports day meeting where the assembled tribesmen were to attach and kill the Japanese officials and would then broaden to sieges on police stations and local government offices in the region. The initial uprising took the Japanese by surprise and was almost entirely successful. But the Japanese soon sent in their army to crush the rebellion, using aircraft and poison gas.