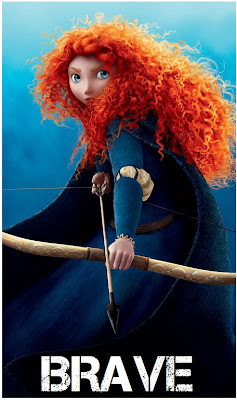 There have been so many  absolutely gorgeous pictures and posters released for this year's most anticipated animated film BRAVE recently, that I just had to do a whole spotlight on this utterly delightful and positively charming film which has huge chances of doing what HOW TO TRAIN YOUR DRAGON did last year - become the best film of the year in all genres not just in the animated one, since, after all, animated flicks have become the last haven of warm emotions and heart warming vibes coming from the big screens. And it seems to have all - mind blowing visuals, with intricate and extremely vivid details in landscapes and characters (beside Merida herself, her triplet brothers seem incredibly charming and cute, not to mention the rest of the 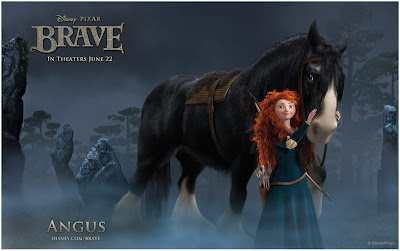 hilarious Scottish clan in the story), enchanting humour, lovely voice cast, inspiring and entertaining story and amazing colours which make you think you're lost in a dream captured on film. Click on the pictures to see them bigger!

THE BRAVE STORY
Since ancient times, stories of epic battles and mystical legends have been passed through the generations across the rugged & mysterious 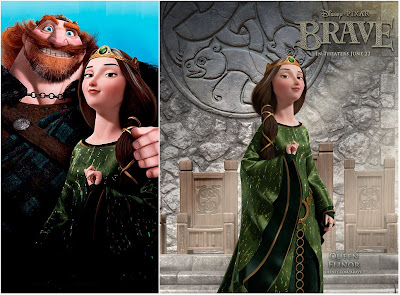 Highlands of Scotland. In BRAVE a new tale joins the lore when the courageous Merida (voice of Kelly Macdonald) confronts tradition, destiny and the fiercest of beasts. Merida is a skilled archer and impetuous daughter of King Fergus (voice of Billy Connolly) and 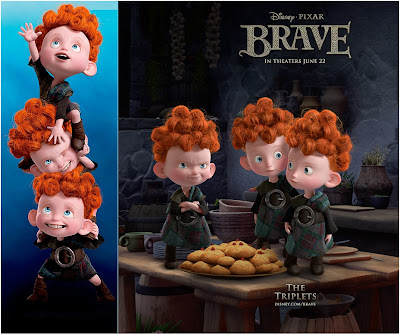 Queen Elinor (voice of Emma Thompson). Determined to carve her own path in life, Merida defies an age-old custom sacred to the uproarious lords of the land: massive Lord MacGuffin (voice of Kevin McKidd), surly Lord Macintosh (voice of Craig Ferguson) and 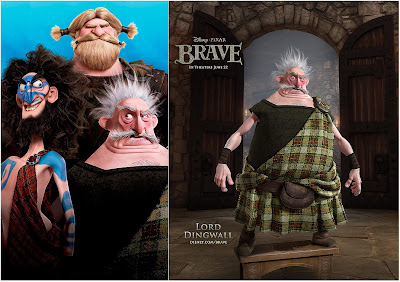 cantankerous Lord Dingwall (voice of Robbie Coltrane). Merida’s actions inadvertently unleash chaos and fury in the kingdom, and when she turns to an eccentric old Wise Woman (voice of Julie Walters) for 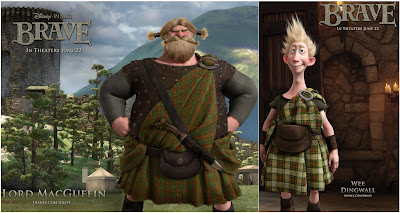 help, she is granted an ill-fated wish. The ensuing peril forces Merida to discover the meaning of true bravery in order to undo a beastly curse before it’s too late.

THE BRAVE TIDBITS
Directed by Mark Andrews ("The Incredibles", "Ratatouille", "John Carter") and Brenda Chapman ("The Lion King", "Prince of Egypt"), and produced by Katherine Sarafian ("The Incredibles"), BRAVE 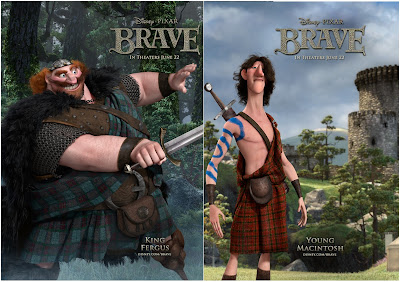 is a grand adventure full of heart, memorable characters and the signature Pixar humor enjoyed by audiences of all ages. The film takes aim at theaters on June 22, 2012! This is the first film in Pixar's 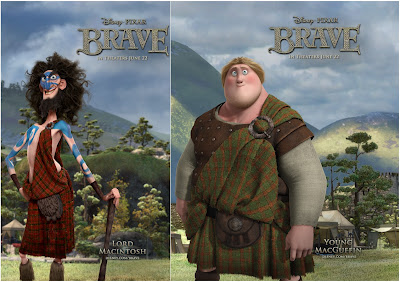 history to have a female protagonist, and Reese Witherspoon was first supposed to give voice to the lead character of Merida, but she left the project due to scheduling conflicts! The film was originally titled THE BEAR AND THE BOW! According to IMDB 80% of the film 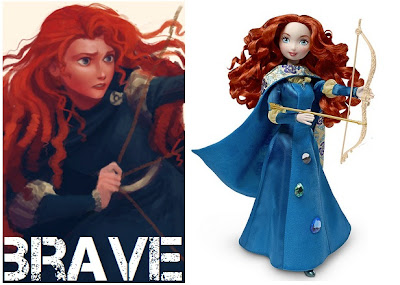 was set in the snow, but that was totally changed when the first director was replaced. Merida's doll will be the first one from Pixar animated characters to appear in Disney's princess doll collection (see the photo above)!
Posted by DEZMOND at 12:00 AM