Last year's animated flick THE SMURFS has become quite a hit around the world, and as I announced before the sequel is planned for 2013. A fresh update on the production over at "The Hollywood Reporter" says that Christina Ricci will lend her voice to Vexi, an evil version of Smurfette, who will again get her voice from that horrid screeching tart Katy Perry. It is also expected that Neil Patrick Harris and Hank Azaria will be in the cast again.  Meanwhile, Paramount has officially confirmed that Saoirse Ronan has joined Russell Crowe and Jennifer Connelly in dark Biblical epic NOAH and it was revealed that it will be a big, robust production of tremendous scale with the budget being at rather stunning $125 million.

HOLLYWOOD SPY HEADLINES
The first photo from Ang Lee's upcoming movie adaptation of famous LIFE OF PI novel is here. Ready to be released this December, the movie revolves around Pi Patel (young Suraj Sharma), who shares a 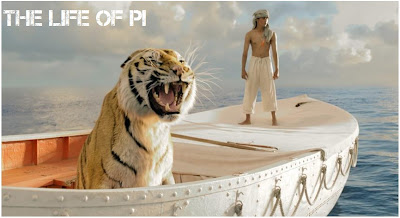 lifeboat with a Bengal tiger named Richard Parker, a hyena, an injured zebra, and an orangutan after a shipwreck. All animals in the film are CGI, which makes this picture even more amazing, since the tiger looks 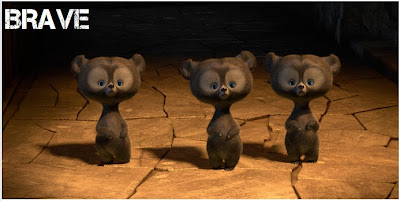 adorable little bears whom Merida comes upon during her mission, and there's also the picture of their mother trying to save Merida from a hole. 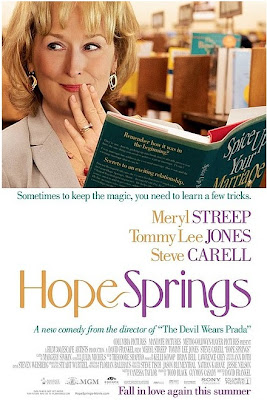 which will hit cinemas this August: Many years of marriage have left Maeve (Meryl Streep) wanting to spice things up and reconnect with her husband. When she hears of a famed relationship guru (Steve Carell) in the town of Great Hope Springs, she must persuade her skeptical husband (Tommy Lee Jones) to get on a plane for an intense week of marriage and sex therapy. Getting there was hard enough... Now shedding their bedroom hang ups, learning some new moves and rediscovering their youthful spark is when the real adventure begins.
Posted by DEZMOND at 12:00 AM