Now here's quite a rich cast: "Variety" reports today that Armie Hammer, Ben Kingsley, Michael Sheen, Teresa Palmer and John Malkovitch have all joined the cast of CUT BANK. The unusual script of the movie, which was on the famous Black list of the most intriguing plots, is set in Cut Bank, Montana, and centres on a mechanic and an ex-football player who try to get out of the small town, which they discover is frozen in time. As you know Armie Hammer has recently had a role of prince in MIRROR MIRROR and will appear next to Johnny Depp in THE LONE RANGER in the lead role. Ben Kingsley has IRON MAN III to do next year and ARABIAN NIGHTS with Liam Hemsworth, while Teresa Palmer will appear next to Nicholas Hoult in zombie love story WARM BODIES, which also stars the above mentioned John Malkovitch.


HOLLYWOOD SPY HEADLINES
We mentioned amazingly talented Australian star Toni Collette last week when she got the role in THE WAY, WAY BACK next to Steve Carell, and now she has some new gigs too: according to "Variety" 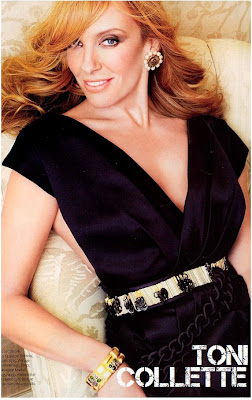 she might star in MISS YOU ALREADY next to Jennifer Aniston, as two best friends whose bond weakens when the one played by Aniston discovers she has breast cancer while the other friend played by Collette prepares for the birth of her first child while her husband is away on business. The other project LONG WAY DOWN is based on Nick Hornby's novel of the same name, which centres around four strangers contemplating suicide from the same rooftop on New Year's Eve. Collette will probably play the single mother of a young man with disabilities alongside talk show host played by Pierce Brosnan, who looks to take advantage of the situation for his own gain.

The trailer of the day for you is the first one for this year's LAWLESS flick ready to premiere this August. Starring Shia LaBeouf, Tom Hardy, Guy Pearce, Gary Oldman and formerly known as THE WETTEST COUNTY IN THE WORLD, the story of the film is set in the Depression-era Franklin County, Virginia, and follows a bootlegging gang which is threatened by authorities who want a cut of their profits. It is interesting that Amy Adams and Scarlett Johansson were the first female choices in the film, but the film had problems getting into production, so they both left leaving the job to two much weaker actresses Jessica Chastain and Mia Wasikovska. Ryan Gosling was originally planned for the role which later on went to Tom Hardy.
Posted by DEZMOND at 12:00 AM