We've mentioned Colin Farrell two days ago with the trailer of TOTAL RECALL, but here he is again: he and Dominic Cooper will star in DEAD MAN 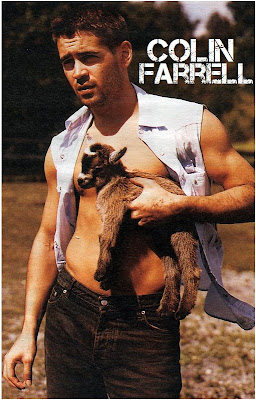 DOWN, action thriller about a woman (Noomi Rapace) who enlists the help of a criminal (Colin Farrell) to get revenge on those who murdered her family. According to "Variety" Dominic Cooper will play Darcy, Colin Farrell's street partner in crime. Meanwhile, Liam Neeson, who is currently playing Zeus in CLASH OF THE TITANS, will star in NON STOP, which, according to "MovieWeb", is set aboard an international flight, and revolves around a weary air marshal (Liam Neeson) who must spring into action to contain a threat while the plane is in the air. 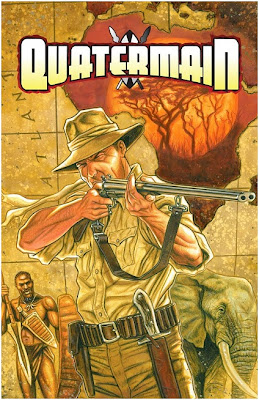 role, but now it seems they are moving the project onto the small screens: according to "The Hollywood Reporter" Sonar Entertainment is preparing a $30 million worth TV show which would, in ten episodes, follow the adventurous character from the 1880s who inspired the Indiana Jones franchise. As you remember Allan Quatermain was a brave adventurer dressed in safari clothes who searched for the famous mines of King Solomon. If I remember correctly he was already played by Richard Chamberlaine. Beside MARCO POLO and  DA VINCI'S DEMONS shows on Starz, this would be the third new high profile adventure show broadcast next year.
Speaking of Liam Neeson according to "Vulture" he might appear in the new project of

one of our favourite directors Oscar winning PaulHaggis (CRASH). The complex love drama called THIRD PERSON will focus on three story lines, three love stories, three relationships in three different cities that combine in a very odd way: New York, Paris and Rome. Liam Neeson will be partner of Olivia Wilde, who will play a party reporter from New York. There are also rumours that Jude Law could also join this cast. Speaking of nice casts, "Variety" reports that ultra talented Geoffrey Rush and young Jim Sturgess will play in THE BEST OFFER, a new drama by Oscar winner Giuseppe Tornatore (CINEMA PARADISO, MALENA), which will be set in the world of art auctions in Vienna and the Alps. Famous Ennio Morricone will write the score.
Posted by DEZMOND at 12:14 AM