THOR 2 THE DARK WORLD
EPIC NEW POSTER IS HERE
The first thing to check out today is the rather spectacular Comic Con poster for THOR 2: THE DARK WORLD showing our blond God (Chris Hemsworth) soaring towards the sky 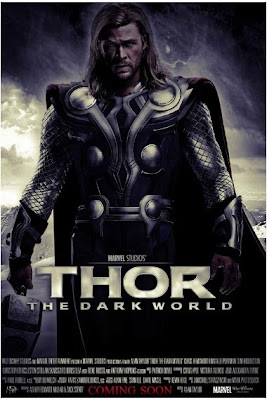 with his daddy dearest Odin (Anthony Hopkins) and his favourite nemesis Loki (Tom Hiddleston) watching him from the background. Opening this November in cinemas, the superhero adventure will see Thor battling to save the Nine Realms from a mysterious enemy older than the universe itself. A primeval race led by Malekith, who is out for revenge, intends to plunge the universe into darkness. Confronted by an enemy that even Odin and Asgard cannot overcome, Thor must set out on a dangerous journey that will force him to make the ultimate sacrifice. Idris Elba plays Heimdall, Asgardian sentry, Zachary 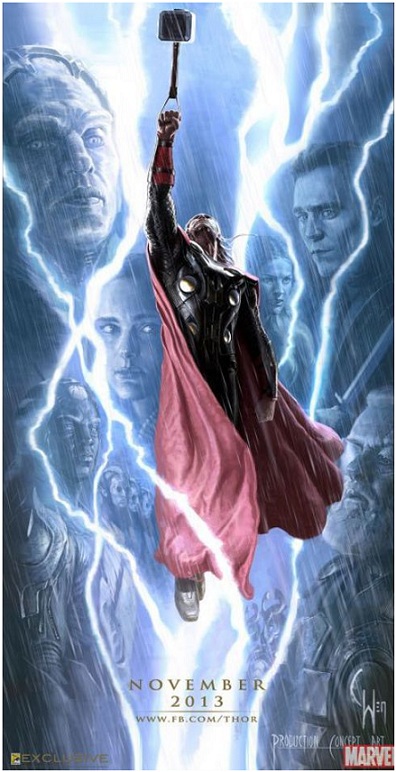 Levi as Fandral and Ray Stevenson as Volstagg are Thor's closest friends, Christopher Eccleston is Malekith, the ruler of the Dark Elves of Svartalfheim, while Rene Russo is Frigga, queen of Asgard and Thor's stepmother.


MARY, QUEEN OF SCOTS
PICS FROM HISTORICAL FILM
I'm sure you are eagerly anticipating the Fall premiere of REIGN, new CW epic show on Mary Queen of Scots, which will focus on her teen days spent at the French court filled with intrigues and plots, but there is also a movie on MARY, QUEEN OF SCOTS in development and 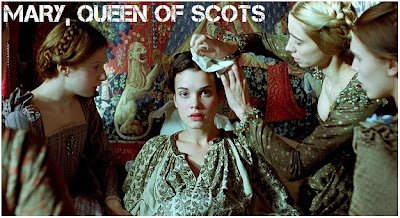 you can see first pictures from it today. It is coming from German producers and will be based on the book by famous Stefan Zweig. Directed by Thomas Imbach it will see young Camille Rutherford playing the queen who lost three kingdoms, the wife who lost three 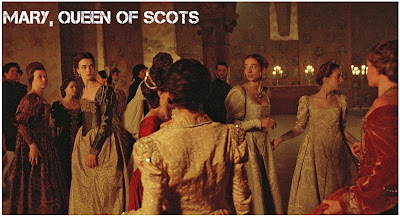 husbands and the woman who lost her head. The film also has Aneurin Barnard (THE WHITE QUEEN), Tony Curran (DEFIANCE) and Sean Biggerstaff in the cast. Mary was queen of France and Scotland, and many people considered her a legitimate queen of England too, 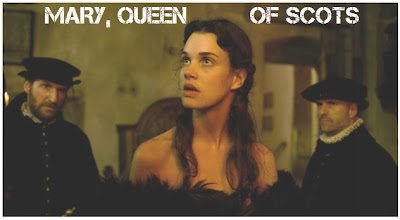 but she was held imprisoned by Elizabeth and later on executed by her. However, she, in a way, won over Elizabeth, since her son James I became the heir to Elizabeth's throne as the new king of England.
Posted by DEZMOND at 11:58 PM