GETS EWAN MCGREGOR & GWYNETH PALTROW
Now, here is an interesting casting: some time ago I've informed you that Johnny Depp has taken the lead role in MORTDECAI and now "Variety" reports that he might be joined in the film by Ewan McGregor and Gwyneth Paltrow! The project will be a movie adaptation of  "The Great Mortdecai Moustache Mystery" novel by Kyril Bonfiglioli in which the plot revolves around an art dealer named Charles Mortdecai (Johnny Depp), who goes out in search of a stolen painting rumoured to contain the code that provides access to hidden Nazi gold. All three of them had big films this year - Depp had a big flop in THE LONE RANGER, Gwyneth was in IRON MAN III while Ewan was delightful in lovely adventure JACK THE GIANT SLAYER.


MAN OF STEEL & STAR WARS CASTING RUMOURS
JENSEN ACKLES FOR BATMAN?
In short casting news today, I'm sure you've already heard that SUPERNATURAL star Jensen Ackles has expressed his wish to play Batman next to Henry Cavill's Superman in MAN OF STEEL 2. It is interesting that he was previously in the run to play Captain America but lost

the role to Chris Evans. Armie Hammer was also previously mentioned for the new Batman. Meanwhile, FANTASTIC FOUR reboot is scheduled to start shooting this September which means we should soon expect an avalanche of casting news!

ZAC EFRON, JONATHAN RHYS MEYERS, RYAN GOSLING IN STAR WARS?
Another big project STAR WARS VII is apparently courting Ryan Gosling and Zac Efron to play the kids of Luke Skywalker and Han Solo. Harrison Ford, Mark Hamill and Carrie Fisher are also expected to appear in the film. Previous rumours stated that Jonathan Rhys Meyers was the strongest candidate for the lead role. Leonardo Dicaprio allegedly turned down the role opting to rather do ROBOTECH. The story will apparently be set 30 years after RETURN OF JEDI episode.


INTO THE WOODS FINDS ITS
RAPUNZEL AND HER PRINCE
And the exciting musical fantasy movie, to be directed by Rob Marshall, INTO THE WOODS has found its Rapunzel and her prince: young MacKenzie Mauzy and Billy Magnussen will play the roles (Billy replaces Jake Gylenhaal). The film follows a baker (James Corden) and his wife (Emily Blunt) who head into the woods 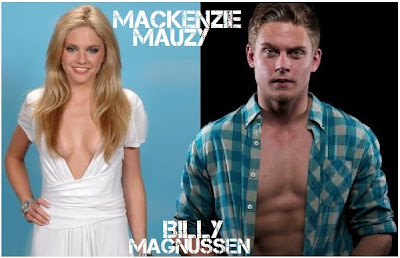 to confront an evil witch (Meryl Streep), whose curse prevents the couple from ever having children. Travelling through the forest they encounter several classic fairy tale characters from Cinderella (Anna Kendrick) and her prince (Chris Pine) to the Big Bad Wolf (Johnny Depp)! Tracey Ullman is the mother of Jack the Giant Killer while Christine Baranski is portraying Cinderella's mean stepmother.

NEW GRAVITY TRAILER
SANDRA BULLOCK & GEORGE CLOONEY
In the video department today, you can check out the second trailer for upcoming science fiction drama GRAVITY with Sandra Bullock in the lead role. Opening in cinemas this October, and directed by Alfonso Cuaron, the $80 million space set film will have Sandra Bullock and 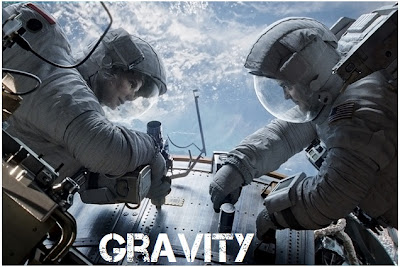 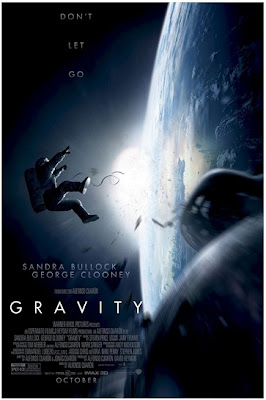 
DEZZY'S SCIENCE CLASS
Did you know that Sandra and George couldn't hear each other without speakers in the open space if they were real astronauts? Since empty space has no air, you cannot hear any sounds there either, since sounds are made from the vibrations in the air. Apparently, even if a ship would explode near you in the open space you would just see it, not hear it!