HENRY CAVILL-ARMIE HAMMER
ARE "THE MAN FROM U.N.C.L.E." 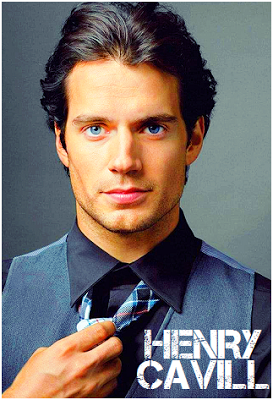 Warner Bros. has found their lead team for the big screen remake of  the 1960's television show THE MAN FROM U.N.C.L.E. Henry Cavill, aka Superman, and Armie Hammer, aka The Lone Ranger, will play agents Napoleon Solo and Illya Kuryakin. They were agents of United Network Command for Law Enforcement (U.N.C.L.E.), who fight the forces of Technological Hierarchy for the Removal of Undesirables and the Subjugation of Humanity (T.H.R.U.S.H.) To be directed by Guy Richie, the film will also have Alicia Vikander in the cast. 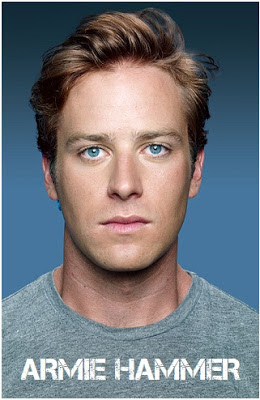 These roles were a bit of a hot item and a huge number of stars was considered for them, from Tom Cruise, Ewan McGregor and Alexander Skarsgard, to Joseph Gordon Levitt, Christian Bale, Michael Fassbender, Chris Pine, Russell Crowe, Jon Hamm and Ryan Reynolds. Henry Cavill actually auditioned for the role of the Russian spy Kuryakin, but got the other role instead after Tom Cruise left the project. Gemma Arterton and Emilia Clarke, aka Dragon Queen Daenerys, auditioned for the female role which later on went to Swedish actress Vikander.

Speaking of everybody's favourite movie hunk Ryan Reynolds (whom you will also watch as a member of another special team of agents in R.I.P.D. later this summer), he will star in MISSISSIPPI GRIND! This drama, which also has Jake Gyllenhaal in the cast, revolves around a gambler, who is down on his luck. He teams up with a younger gambling addict and travels south in an attempt to change their fortune. Ryan has recently exited the remake of HIGHLANDER, but you will again listen to his voice in the sequel to this spring's animated blockbuster THE CROODS and he will also star in Tarsem Singh's SELFLESS as an extremely wealthy elderly man dying from cancer who undergoes a radical medical procedure that transfers his consciousness to the body of a healthy young man but everything may not be as good as it seems when he starts to uncover the mystery of the body's origins and the secret organization that will kill to keep its secrets! 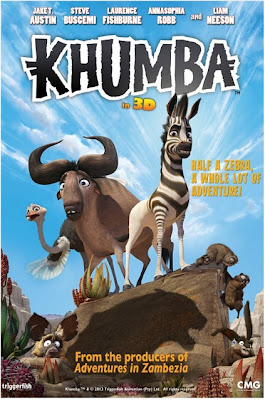 coming from the brilliant and ever so charming crew of the South African TriggerFish Studios! To be released in South Africa this October, and later on around the world, the movie follows  a lovely half-striped zebra who, rejected by his superstitious herd, embarks on a daring quest, accompanied by his friends - a free spirited wildebeest Mama V and a flamboyant ostrich Bradley, to earn his stripes but finds the courage and self-acceptance to save all the animals of the Great Karoo. The cast, lead by director Anthony Silverston, includes Liam Neeson, Laurence Fishburne, Richard E. Grant and Anna Sophia Robb. You can read more about the film in HOLLYWOOD SPY's spotlight along with an exclusive interview with Anthony Silverston!
Posted by DEZMOND at 12:00 AM