One of our favourite of the upcoming new projects - Universal's DRACULA historical epic, is getting new cast members! LES MISERABLES star Samantha Barks, Iceland actor Thor Kristjansson and GAME OF THRONES Art Parkinson have just joined the movie. Welsh superstar Luke Evans is the historical medieval Prince Vlad, the Wallachian ruler who would later on become the inspiration for Bram Stoker's vampire. In the film he is a young prince who, when the lives of his wife and child are put in danger by a bloodthirsty sultan, risks his soul to save them, and in the process becomes the first vampire! Dominic Cooper will play Turkish sultan Mehmed, Sarah Gadon will play Dracula's wife, Zach McGowan is Shkelgim, a gypsy chief, Samantha Barks will be Baba Yaga, a woman from Eastern European folklore who turns into a deadly witch. Thor Kristjansson plays Bright Eyes, who was enslaved as a young boy and is now an Ottoman Empire assassin, 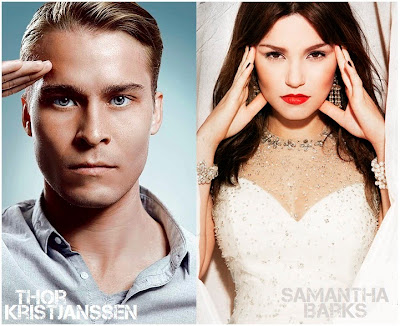 while Art Parkinson will portray Dracula's son, Ingeras. The good news is that Luke Evans returns to Serbia where he shot his movie RAVEN, since DRACULA will start production this August in Serbian capital Belgrade.

DEZZY'S HISTORY CLASS
Vlad Tepes, or Vlad the Impaler, was the 15th century prince of Wallachia who inspired the character of Dracula (the name 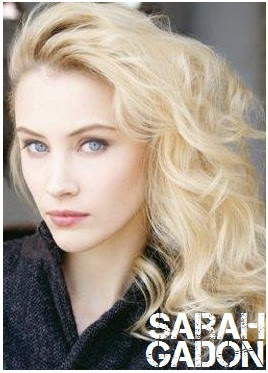 comes from his Draculesti dynasty). He ruled Wallachia (part of today's Romania) while the whole Balkan peninsula suffered under the Ottoman invasion. He was a member of the Order of the Dragon and is actually considered a hero in many countries since he protected Christian people from Turkish tyranny. His bloodthirsty reputation from the tales comes from his practice of impaling his enemies. It is believed that he had tens of thousands of victims.


CHANNEL 4'S 'THE MILL'
19TH CENTURY  DRAMA
And if you're into period movies, and you must be since you're here and HOLLYWOOD SPY is web's leading place for all things epic and historical, British Channel 4 will premiere tonight their new historical drama THE MILL. The fourth part mini series is set during 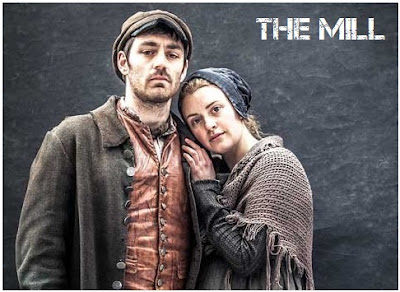 rural-industrial England during 1833, and follows the workers and unpaid apprentices at Quarry Bank Mill in Cheshire as they slave away at their 12-hour shifts. But the industrial revolution is changing the landscape of the country beyond recognition and the workers are poised 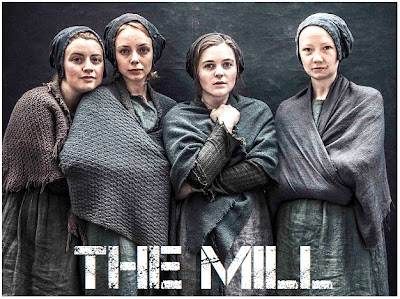 to take their fates into their own hands. In the trailer you will recognise some familiar British faces among them Kerrie Hayes, Matthew McNulty, Aidan McArdle, Kevin McNally, Claire Rushbrook, Sacha Parkinson, Holly Lucas, Donald Sumpter and Barbara Marten.
Posted by DEZMOND at 11:59 PM