'NEW WORLDS' EPIC MINI SERIES
JAMIE DORNAN, JOE DEMPSIE, ALICE ENGLERT
Good news people, we're getting new historical mini series! British Channel 4 has officially announced their new period set series NEW WORLDS! The cast of the upcoming drama will have ONCE UPON A TIME's and THE FALL's Irish hunk Jamie Dornan, GAME OF THRONES actor Joe Dempsie, BEAUTIFUL CREATURES star Alice Englert and Freya Mavor from THE WHITE QUEEN! The four part series will be set during the Restoration period in the 1680s, when the king returns to English throne, and will follow four young people on both sides of the Atlantic as they commit their lives to a fairer future with blood, passion and urgency! The compelling four-part drama will be capturing the political struggles of the period following the English Civil War both at home and overseas.


300 RISE OF AN EMPIRE
EPIC CHARACTER POSTERS!
Among many other treats, Comic Con has also brought us new character posters for next years biggest epic adventure 300: RISE OF AN EMPIRE which you can check out 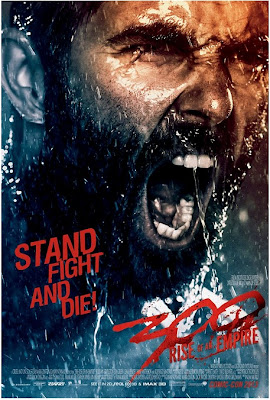 today: Sullivan Stapleton leads the cast as Greek general Themistocles whose motto is "Stand, Fight and Die!", Lena Headey is queen Gorgo and she wants to avenge her husband Leonidas, Rodrigo Santoro is Persian emperor Xerxes who claims that "Athens Will Burn!", while Eva Green as his rotten evil general Artemisia swears that "If Death Comes, She Will Be Ready"! There's also Jack O'Connell as Calisto who claims that "War Is In His Blood"! Scheduled to premiere next March with revolutionary visuals, mindblowing naval battles and stunning costumes, muscles and choreographies, the sequel to legendary 300 will 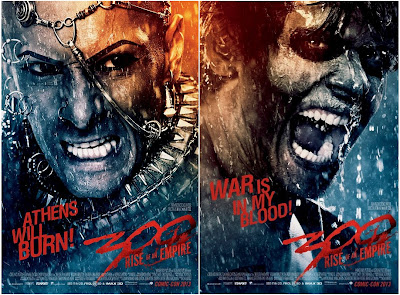 be set after the Persian victory over Leonidas, with the Persian Army under the command of Xerxes marching north towards the major Greek city-states. The Democratic city of Athens, first on the path of Xerxes' army, bases its strength on its fleet, led by admiral Themistocles. 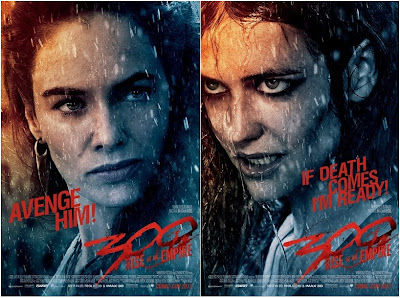 Themistocles is forced to an unwilling alliance with the traditional rival of Athens, oligarchic Sparta whose might lies with its superior infantry troops. But Xerxes still reigns supreme in numbers over sea and land! 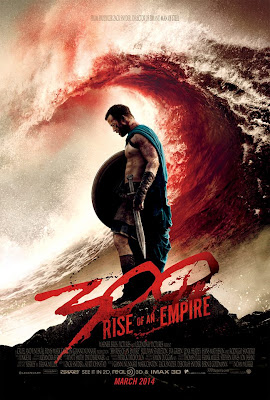 Artemisia of Halicarnassus was the only female commander in the Persian fleet. During the Battle of Salamis she commanded five ships against the Greeks as an ally of Xerxes I of Persia. She was famous for a daring manoeuvre at Salamis, where she escaped being sunk by ramming one of her own ships. She was known as Artemisia I of Caria, Carian queen and Xerxes' ally! Her ships were the best ones in the Persian fleet!
Posted by DEZMOND at 11:59 PM