MELISSA MCCARTHY FEMALE SPY
IN 'SUSAN COOPER'
The Wrap reports that Paul Feig will write and direct spy comedy SUSAN COOPER with Melissa McCarthy possibly taking the lead role. The story is being

described as a realistic secret agent thriller centring on a female James Bond type. As you already know, Melissa is Feig's pet actress and they worked together on BRIDESMAIDS and THE HEAT.


PIXAR'S 'INSIDE OUT'
EMOTIONS AS CHARACTERS
Now, here's something interesting and new from Pixar: coming from Pete Docter, who won an Oscar for his movie UP, INSIDE OUT will have a story that takes place inside the mind of an 11-year-old girl, and emotions such as anger, sadness, disgust and joy are the main characters. The characters are presented through an energy made up of particles that actually move representing what emotions could actually look like. Slated for 2015 the film will simultaneously show what is happening to the girl and what is happening inside her mind.

FALLEN ANGEL ARMIES
Last year, your trusted HOLLYWOOD SPY announced that SyFy will make a science fiction television series out of Paul Bettany's LEGION sf movie which showed him as a fallen angel!  Based on characters from the hit theatrical film DOMINION show will be an epic supernatural action drama set 25 years in the future after a war between an army of Angels and mankind has transformed the world. The series follows the perilous journey of a rebellious young soldier who discovers he's the unlikely savior of humanity. The compelling new series will see the future of humanity hanging in the balance as the ultimate celestial battle descends to Earth! Scott Stewart who directed LEGION will also direct the pilot for the series.


ROMEO AND JULIET
NEW TRAILER WITH DOUGLAS BOOTHE, HAILEE STEINFELD
And check out the second trailer and a new poster for new movie adaptation of Shakespeare's ROMEO AND JULIET! Produced by DOWNTON ABBEY's Julian Fellowes, the famous story about the star crossed lovers and their forbidden love 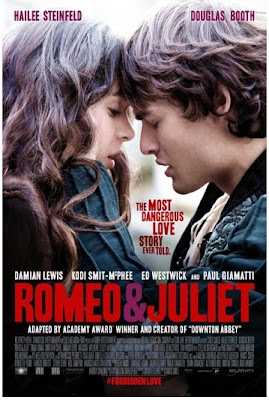 DID YOU KNOW? MIRROR MIRROR star Lily Collins was supposed to play Juliet but had scheduling problems, while Sam Claflin, Logan Lerman and Josh Hutcherson all auditioned for Romeo role. 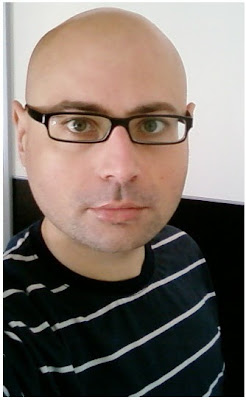 HEAR YE! HEAR YE!
And in some shameless self promotion today: if you are in the mood for your trusted HOLLYWOOD SPY Dezzy's talks on his profession you may pop over today to BARDS AND PROPHETS site where American writer L.G.Smith is talking with me about my work as a book translator. We bring up some interesting tidbits and reveal the secrets of the job!I would love to see your comments there!