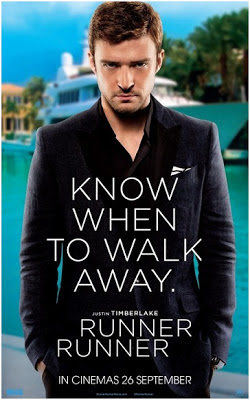 lake, Ben Affleck, Anthony Mackie and Gemma Arterton! Tones of unbelievably gorgeous people in a tropical heaven! They say you need to know when to walk away, and when to run. You also need to know when to play, or you'll be played cause the house always wins. When a poor college student who cracks an online poker game goes bust, he arranges a face-to-face with the man he thinks cheated him, a sly offshore entrepreneur. Opening in theatres September 27th, RUNNER RUNNER follows a Princeton grad student Richie who, believing he’s been swindled, travels to Costa Rica to confront online gambling tycoon Ivan Block. Richie is seduced by Block’s promise of immense wealth, until he learns the 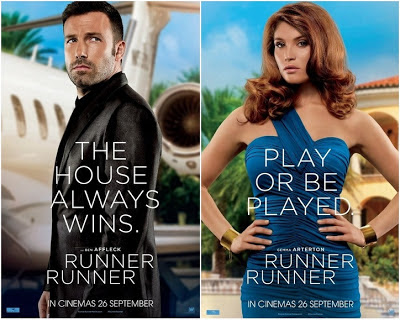 disturbing truth about his benefactor. When the FBI tries to coerce Richie to help bring down Block, Richie faces his biggest gamble ever: attempting to outmaneuver the two forces closing in on him! 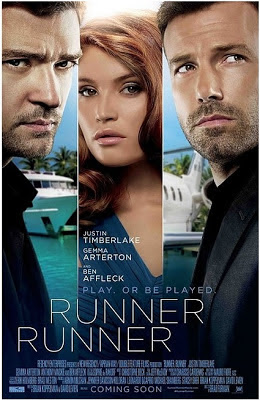 Four time Emmy winner and six time Grammy winner Justin Timberlake will also star in THE LAST DROP as a charming alcoholic working as a restaurant critic for New York Magazine who falls for a young woman and realizes he must overcome his addiction in order to have a relationship with her. Meanwhile, Gemma Arterton will star in THE VOICES in which Ryan Reynolds plays a disturbed factory worker (who hears advice from his pet dog and cat) who is implicated in the accidental death of his co-worker. 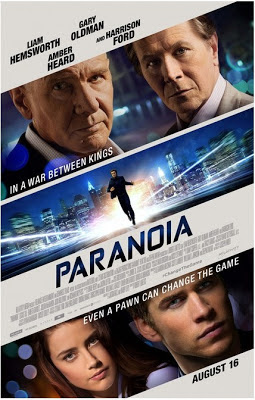 The second movie for today has something for my ladies too since it seems that the whole marketing done for PARANOIA consists of Thor's tasty little brother Liam Hemsworth walking around shirtless and revealing his breathtaking physique! Just like the above movie, this one also describes a cat and mouse struggle that takes place between an entry-level employee and his boss' former mentor. Joining young Liam are Hollywood stars Harrison Ford (looking older than ever), Richard Dreyfuss and Gary Oldman alongside Hollywood hunks Josh Holloway and Julian McMahon and Johnny Deep's lesbian lover beautiful Amber Heard! Liam plays an entry-level 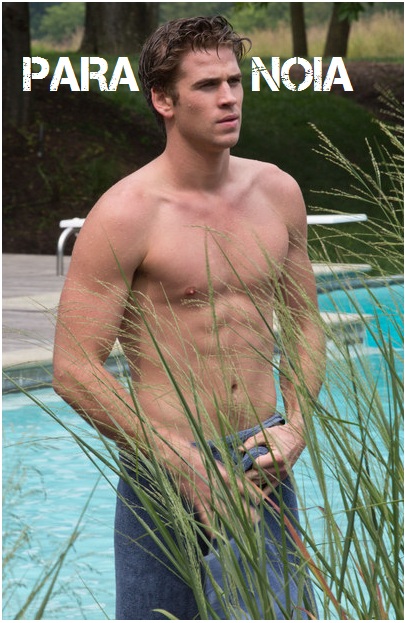 employee at a powerful corporation who finds himself occupying a corner office, but at a dangerous price: he must spy on his boss's old 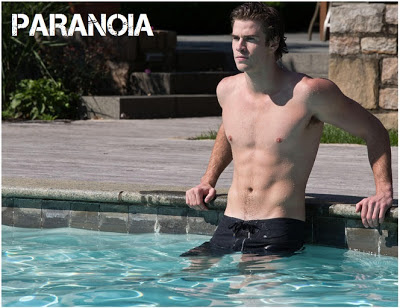 mentor to secure for him a multi-billion dollar advantage! This one is out in cinemas August 16th and is directed by ever so charming Robert Luketic!
Posted by DEZMOND at 12:00 AM