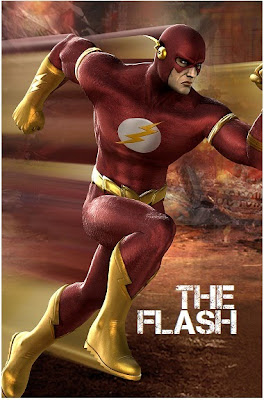 Following the success of their ARROW superhero series CW is, according to speculations over at "Deadline", planning to give yet another superhero his own show! THE FLASH might be introduced in the second run of ARROW after which he is going to get his own television series! As some of you probably remember THE FLASH already had a show back in the early 90's with John Wesley Shipp in the lead role. He is DC's character who becomes a superfast vigilante after surviving an accident in a laboratory. CW is also working on AMAZON show which will explore the origins of Wonder Woman.

Here's a nice little cast: "The Hollywood Reporter" writes that Wes Bentley and Joan Cusack have joined WELCOME TO ME which already has James Marsden, Jennifer Jason Leigh, Tim Robbins, Alan Tudyk and Kristen Wigg. It is a dramedy about society's obsession with fame with the story which revolves around a woman who suffers from dissociative personality disorder. She wins the lottery and spends all of her winnings on a cable access talk show about herself.
THE EX FILES
MOVIE ADAPTATION

At the same time, it was announced that Jane Moore's book THE EX FILES will be made into THE EXES film directed by Andy Fickman in which the story will  follow the ex-girlfriend of the groom, who reluctantly agrees to attend his destination wedding for closure and for friendship. Once there, she finds herself trapped at an island resort with all of couples' exes. Old flames are rekindled, new romances are born and complete chaos ensues.


NBC'S NEW MINI SERIES
STEPHEN KING'S 'TOMMYKNOCKERS'
In other television news today, after scoring summer success with their current TV hit UNDER THE DOME based on Stephen King's work, NBC has ordered yet another television 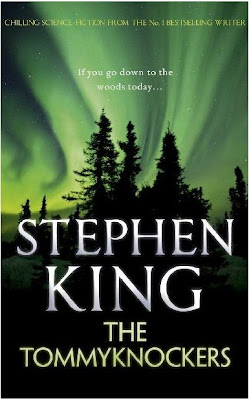 adaptation on the famous sf writer's novel! King's  TOMMYKNOCKERS will be based on his 1987 novel about the residents of a small Maine town and how they deal with what they perceive to be an alien spacecraft that has landed nearby!

EPIC CLEO- PATRA AND PLYMOUTH
I've already informed you before that NBC has also ordered a six episode historical mini series on CLEOPATRA and also PLYMOUTH, another historical mini series which will follow the challenges and drama of the Pilgrims' journey across the Atlantic and the difficulties of settling in a new country!
Posted by DEZMOND at 11:55 PM