RAFE SPALL, ASA BUTTERFIELD
IN "X PLUS Y" DRAMA
Here's a film with an innocent and cute storyline, not something we get often these days: new coming of age drama X PLUS Y will have some of lovely British talents in the cast from

dashing Rafe Spall (you've watched him in Emmerich's ANONYMOUS as Shakespeare), to young Asa Butterfield and renowned actors Sally Hawkins and Eddie Marsan. A young maths genius has his logic thwarted by the one thing he can’t make sense of – love. Teenage maths prodigy Nathan (Asa Butterfield) struggles with people, not least his mother, Julie (Sally Hawkins), but finds comfort in numbers. Mentored by unconventional and anarchic teacher Mr Humphreys (Rafe Spall), Nathan’s talents win him a place representing GB at the International Mathematics Olympiad. When the team go to train in Taiwan, headed up by squad leader Richard (Eddie Marsan), Nathan is faced with unexpected challenges – his new and unfamiliar feelings for his Chinese counterpart, the beautiful Zhang Mei (Jo Yang). 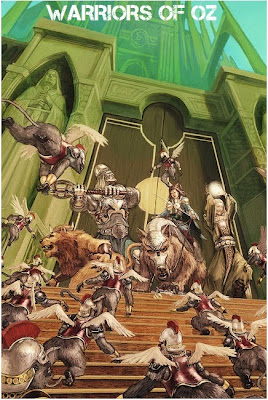 going to adapt WIZARD OF OZ into a fantasy mini series for SyFy! Titled WARRIORS OF OZ the mini series is a fantasy-action re imagining of the classic story in which a warrior from present day Earth is transported to a post-apocalyptic future Oz where he must team up with three other warriors, Heartless, Brainless, and Coward, in order to defeat the evil Wizard who has enslaved the land. As I've reported before SyFy is also preparing RINGWORLD sf mini series and they are also planning to adapt sf movie 12 MONKEYS into a TV show! 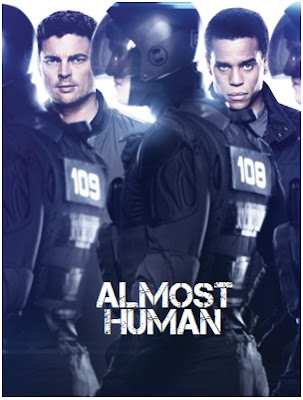 And are you ready for new sf show ALMOST HUMAN which will air at Fox on Monday nights this Autumn? The show will see movie star Karl Urban playing John Kennex, an emotionally closed-off human detective from a dystopian future who is partnered with a robotic cop, played by dashing Michael Ealy! Ealy's Dorian, the android partner of LAPD officer John Kennex, understands humanity more than his human counterpart. But the two stunning hunks won't be alone since divine beauty Minka Kelly will play noble police officer Valerie Stahl! 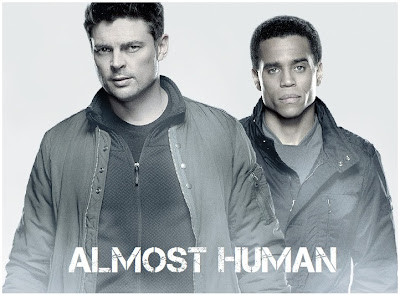 Focusing on humans vs technology and set 35 years into the future, the show will have lots of mesmerizing visuals and landscapes! What will make ALMOST HUMAN different from other crime shows is that this 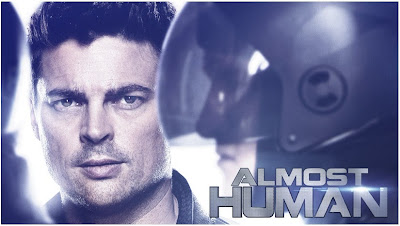 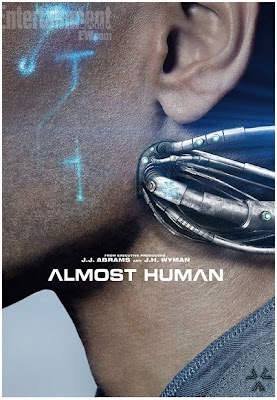 Produced by famous STAR TREK producer J.J.Abrams, the show will premiere on November 4th this year.  Beside his partner being a robot, Karl Urban's character will also have an artificial part: After surviving an attack in which his partner was killed, and waking up from a 17-month coma (during which his girlfriend left him), he will discover that he has lost one of his legs and is now outfitted with a highly sophisticated synthetic appendage.
Posted by DEZMOND at 11:59 PM