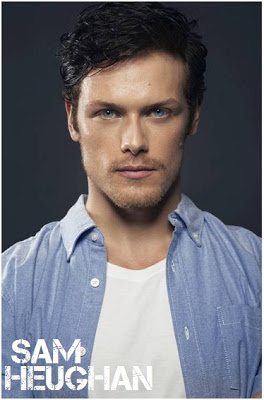 the television adaptation of Diana Gabaldon's famous bestselling saga is Scottish actor Sam Heughan! He is apparently in negotiations to take the role of Jamie Fraser! The mix of history, fantasy, action, romance and adventure, OUTLANDER has been sold in more than 20 million copies so far and will be made into a TV show of 16 episodes! The fantasy saga follows British Army nurse Claire Randall as she is transported back in time from 1945 to 18th century Scotland, embarking on an epic romance with Scots warrior Jamie! And the proof that Heughan can do red hair is here  and here he is proving that he has muscles for the role :) 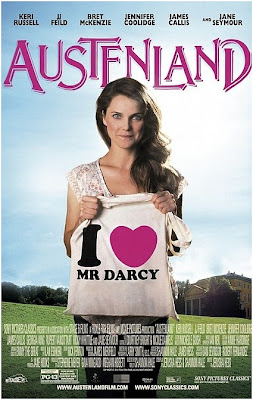 You can also check out first trailer for hilarious comedy AUSTENLAND.  A true treat for those obsessed with Jane Austen (I don't get you people :) Hitting theatres this August it's a romantic comedy about 30-something, single Jane Hayes (Keri Russell), a seemingly normal young woman with a secret: her obsession with all things Jane Austen. But when she decides to spend her life savings on a trip to an English resort catering to Austen–crazed women, Jane’s fantasies of meeting the perfect Regency era gentleman suddenly become more real than she ever could have imagined! The cast also includes Jane Seymour, JJ Feild, Bret McKenzie, Jennifer Coolidge and James Callis. 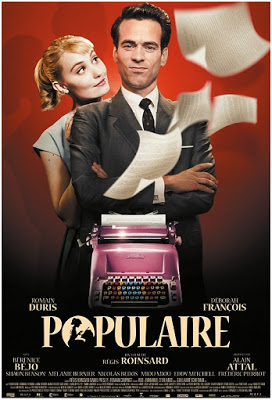 Here's something charming and uplifting - US trailer for delightful French comedy POPULAIRE which has played in most of the worldwide cinemas already but will hit US cinemas this summer. Rose Pamphyle (Déborah François), 21, is determined to break free from her stifling existence. Living with her widowed father and dreary husband, she seems destined to remain a bored housewife. That is, until she applies for a job at an insurance agency and the charismatic boss (Romain Duris) offers her a job. Despite making a terrible receptionist, she types exceptionally fast. Suddenly, Rose finds herself entering a typing contest and is thrust into a completely new world.
Posted by DEZMOND at 12:00 AM