It seems we're having an Asian day today, people, at HOLLYWOOD SPY!  First, John Woo has started work on his huge epic THE CROSSING a two part $40 million war drama which, set in 1940s Shanghai and Taiwan, revolves around three couples from different backgrounds aboard a ship in the South Chinese Sea whose lives are affected by the tide of history while they're fleeing from China to Taiwan! Two of the biggest Asian stars Takeshi Kaneshiro (your spy's absolute favourite Asian actor) and Zhang Ziyi are leading the cast of what is called an Asian TITANIC in its epic scale!


JACKIE CHAN IN DESERT EPIC
WOLF FLAG
At the same time, another Asian star Jackie Chan  has a new project: The Hollywood Reporter writes that he will do a desert set war epic WOLF FLAG! Set in the vast deserts of rural China the sweeping drama will see Chan star in a “mournful ode concealed in the stricken desert"!

And yet another Asian actor, SLUMDOG MILLIONAIRE and THE BEST EXOTIC MARIGOLD HOTEL star Dev Patel might take the lead role in new sf movie CHAPPIE in which, similarly to Dev's first movie, the plot will be set in a slum but a South African one where robotic police force controls law and order. Dev would play a young man trapped in an impoverished town, while Sharlto Copley is already attached to play one of the robotic cops.
STELLAN SKARSGARD IS
GRAND DUKE IN 'CINDERELLA'

Meanwhile, in non Asian news today - Stellan Skarsgard might join the cast of Kenneth Bragnah's live action CINDERELLA in which Cate Blanchett is the evil stepmother, Richard Madden is prince, Lily James is Cinderella, Helena Bonham Carter is the Fairy Godmother, and Holliday Grainger and Sophie McShera are stepsisters. Stellan would play the grand duke, a duplicitous advisor to the king! 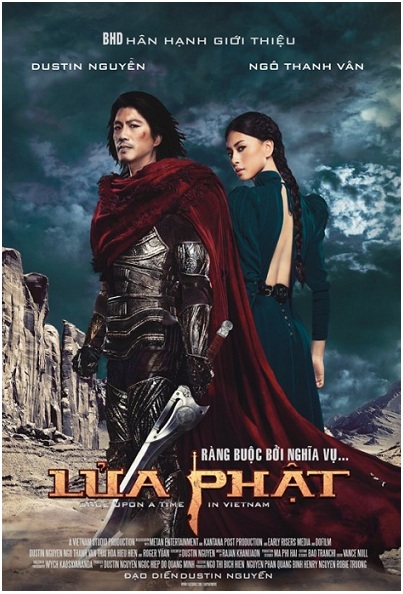 cinemas this August, the movie will see Dustin himself playing a mysterious warrior monk who is enlisted by residents of a small village to take on a criminal organization who have taken over the village.