SHORT HEADLINES *British actor Robert Kazinski, who was cast to play one of the dwarves in Peter Jackson's THE HOBBIT alongside Aidan Turner and Richard Armitage 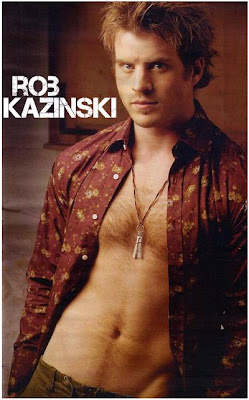 has left the shooting due to personal reasons. *According to "Playlist" Paul Verhoeven is planning to adapt his own book JESUS OF NAZARETH into a film. Depicting a more historical picture of Jesus, the controversial book shows him as a child born from the rape of Mary by a Roman soldier, as a spiritualist who performed exorcisms by screaming and spitting in the mouths of the possessed to drive out demons, and as a militant revolutionary who urged his followers to arm themselves. *Oscar nominee Vera Farmiga has joined Ryan Reynolds and Denzel Washington in SAFE HOUSE,  in which Reynolds has to escort a dangerous criminal Denzel from a safe house when it gets attacked by some even more dangerous criminals.

Ah, here's a film we kinda haven't noticed so far :), but I saw it over at "Beyond Hollywood" and its release is next month in UK. Titled AGE OF HEROES it is inspired by James Bond writer Sir Ian Fleming 's 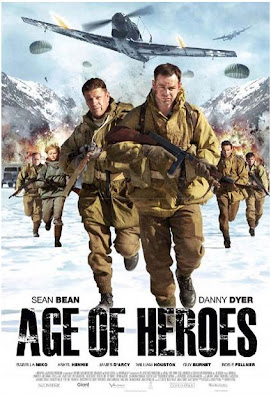 incredible true story about the creation of one of the most important elite units in the history of the British Armed Forces.
Sean Bean  and Danny Dyer star in this story about 30 Commando, a new breed of special operations taskforce created to carry out some of the most dangerous missions in the Second World War. The film follows the unique circumstances behind 30 Commando’s inception and the unit’s first highly classified smash-and-grab mission into occupied Norway, to capture vital radar technology that will change the course of the war. But when their escape route is uncovered, the commandos find themselves in a pitched battle to reach the border against vicious Nazi General Dietl and his deadly 5th Alpine Division. The film also stars our dear James D'Arcy.
Posted by DEZMOND at 12:00 AM