God news, people, our Catie is back! Although I wasn't at all interested in the upcoming remake of the ROCK OF AGES musical 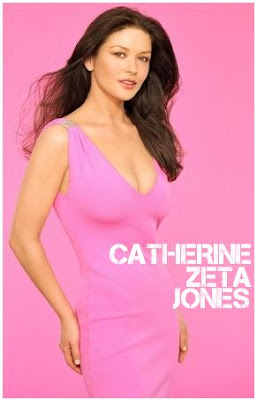 film, now I'm definitely watching it: according to "Deadline" Catherine Zeta Jones will join the cast of the film, about a small town girl who wants to make it big in Los Angeles, which already includes Tom Cruise, Alec Baldwin, Mary J. Blige, Russel Brand and Paul Giamatti. Catherine will play the main negative character in the film, a hardcore, moral conservative who wants to shut down rock’n roll in the city of Los Angeles. Since the film will have loads of 80's music, Catherine will sing "Hit Me With Your Best Shot" from Pat Benatar and "We're Not Gonna Take It" from Twisted Sisters.

SHORT HEADLINES Now this is quite a surprise: according to fresh rumors, Vin Diesel could take the famous TERMINATOR role in Universal's new sequel. Apparently 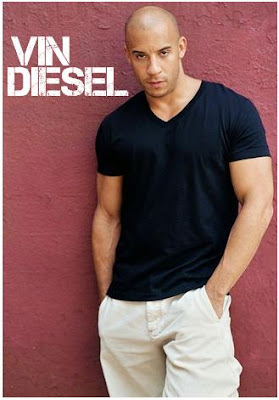 the FAST FIVE director Justin Lin could helm the new movie in the sf saga and Vin could be his lead man. *THOR and CAPTAIN AMERICA sequels have been officially confirmed even before the premiere of the two potential summer blockbusters. *Emily Blunt's charming husband John Krasinski has joined NOBODY WALKS, a film which will follow a week in the life of a Los Angeles family who invite a young, charismatic artist into their home, only to find her disrupting their lives.

Today, I'm bringing you a trailer for the upcoming film BRIDES MAIDS starring Jon Hamm,  Rose Byrne, Kristen Wigg (who's in the lead role although she seems to be the weakest link in 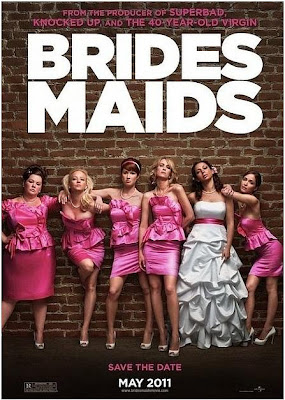 the cast, and I'm not sure where they found her) and Dianne Wiest. The film which premieres next month follows a simple and poor girl whose life is a mess. But when she finds out her lifetime best friend is engaged, she simply must serve as her maid of honor. Though lovelorn and broke, she bluffs her way through the expensive and bizarre rituals trying to find her way among the colourful group of rich and snobbish bridesmaids. With one chance to get it perfect, she'll show her best friend and her bridesmaids just how far you'll go for someone you love.
Posted by DEZMOND at 12:00 AM