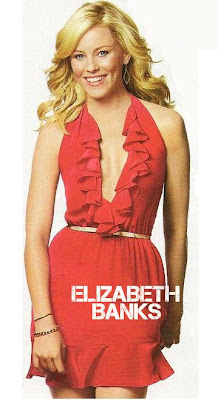 Since I know most of my readers like HUNGER GAMES saga, here are new casting updates on the film adaptation. After Jennifer Lawrence, Liam Hemsworth and Josh Hutcherson have taken the three lead roles in the story that will follow a cruel futuristic world in which teens have to fight in arenas, the project has new additions to the cast: style icon Elizabeth Banks will play Effie, the pink-haired chaperon to Katniss and Peeta, while young Leven Rambin and Jack Quaid (the son of Dennis Quaid and Meg Ryan) will play Distric 1 tributes Marvel and Glimmer.

SHORT HEADLINES *Ah, finally some nice face in Baz Luhrmann's THE GREAT GATSBY adaptation. According to rumors he has offered Isla Fisher the role of Myrtle, a married woman having an affair with Tom Buchanan who will probably be 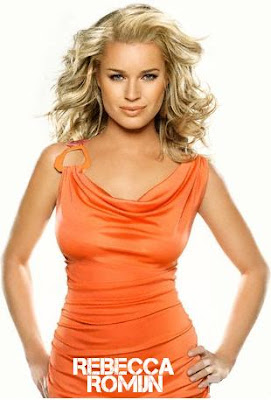 played by Ben Affleck. Leonardo DiCaprio will be Jay Gatsby, Tobey Maguire is Nick Carraway, and Carey Mulligan is Daisy. *Breathtaking Rebecca Romijn has joined GOOD DEEDS, as a businesswoman who left her career to be a mother. Beside her, the film will see Tyler Perry as a man who falls for a struggling single mother (Thandie Newton) just days before his wedding to a powerful woman (Gabrielle Union). *It appears that one of J.J. Abram's (STAR TREK) secret projects is ZANBATO, an epic with swashbuckling robots with swords, which will also be inspired by Japanese history. 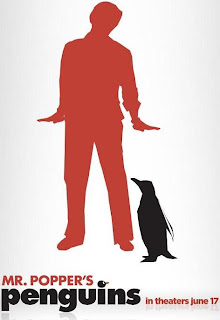 And today, you can also check out the first trailer for Jim Carrey's upcoming new comedy MR. POPPER'S PENGUINS. Premiering this June and starring also Angela Lansbury and Carla Gugino, it follows a house painter Mr. Popper who pens a letter to a team of Arctic explorers, and gets surprised after receiving a penguin in the mail. Later, after making his mischievous new pal a cozy new home in the freezer, the hapless Mr. Popper comes into possession of a playful female penguin as well. Before long Mr. Popper finds himself surrounded by a growing family of the flightless birds, and begins training them to perform in a traveling show dubbed Popper's Performing Penguins.
Posted by DEZMOND at 12:00 AM