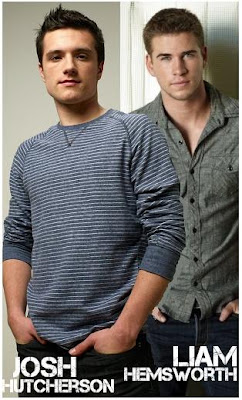 Well, the casting for two lead male roles in the film adaptation of the popular bestselling saga THE HUNGER GAMES is finally over. Two young actors who will join Jennifer Lawrence, who is taking the lead female role, are Josh Hutcherson (THE KIDS ARE ALL RIGHT, JOURNEY TO THE CENTRE OF THE EARTH) and Liam Hemsworth (THE LAST SONG). Hutcherson will play Peeta Mellark, a boy who goes with Katniss Everdeen, the main heroine to the futuristic arena in which teenagers have to fight to death. He also has feelings for her. Hemsworth will play Gale Hawthorne, a boy who has a transcendental connection with Katniss and who hopes he will be reunited with her after she faces all the horrors in the arena to save her younger sister. 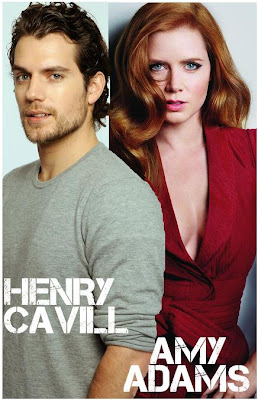 According to latest rumor, the villain which Henry Cavill will have to fight against in Zack Snyder's SUPERMAN might be Metallo. It's interesting that Lois Lane's (Amy Adams) father, General Sam Lane,  considering Superman a potential threat to national security, will use kryptonite to power an experimental cyborg super soldier named Metallo who will then be used as a weapon against Superman. There are also rumors that Lindsay Lohan is meeting up with the producers around the potential female role connected with Lex Luthor.  Off course, these are all still rumors, and the shooting should start some time this summer. 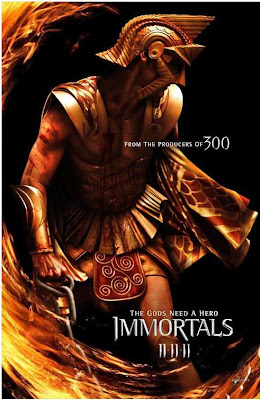 According to "FirstShowing" who saw the trailer for upcoming epic IMMORTALS at WonderCon, the film is an astounding, sensational mix of 300 and CLASH OF THE TITANS but with Tarsem Singh's unique visual splendor. Epic scenes will have the scope and scale of LORD OF THE RING's Minas Tirith battle, with thousands upon thousands of troops lined up outside of a massive mountain fortress. Mickey Rourke, who plays the main villain King Hyperion looks insanely brutal and intimidating in one of the scenes, wearing a helmet with sharp metal spikes that encircled his entire head. There will also be tons of stylized slow-mo fight scenes and Luke Evans, playing Zeus, swinging a whip made entirely of fire. 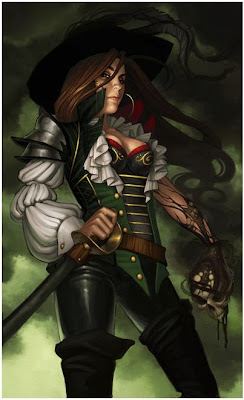 Now, for all of you who like naval adventures, pirates and period costumes this could be a nice little new show. Named PORT ROYAL, this one hour TV series will be set in the late 17th century on the island of Jamaica, chronicling the namesake port's notorious rise as the richest and wickedest city in the new world, and as a self governing safe haven for cutthroat pirates, corrupt politicians, and ruthless merchants. The project will be produced by Valhalla Entertainment, a company which scored great success last year creating THE WALKING DEAD for AMC and which also produced medieval epic show CAMELOT which has just started airing at Starz.

PS don't forget to visit TOSSING IT OUT later on this Tuesday, where this year's acclaimed winner of the MAN OF INTEGRITY award, Arlee Bird, is interviewing your Dezz ;) I'm talking over there about publishing business and translating books.
Posted by DEZMOND at 12:00 AM