After HBO has ordered the second season of GAME OF THRONES, and Starz of CAMELOT, Showtime has ordered another season of their new historical show THE BORGIAS. 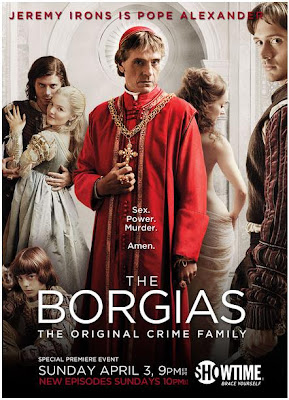 Earning critical and viewers' acclaim the show has had the best ratings for a new Showtime drama series in seven years. The show is even more popular than the cult series THE TUDORS. Ten new episodes will be shot this summer. Starring Jeremy Irons as Rodrigo Borgia, the cunning, manipulative patriarch of the Borgia family who builds an empire by bribing, buying and muscling his way into the papacy the story also follows his two sons and a daughter who commit virtually every sin in the book and invent more than a few of their own. You can catch THE BORGIAS Sundays at 10PM.

SHORT HEADLINES *Now, this is an unusual cast for a TV show: Olivia Munn and Marisa Tomei are in talks to join Jeff 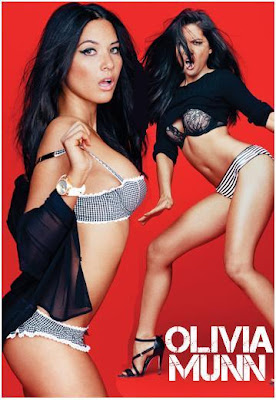 Daniels in HBO's pilot MORE AS THIS STORY DEVELOPS, which will follow an executive producer (Tomei) of a cable news show, her anchor (Daniels) and the financial analyst on the network (Munn). *Marvel has officially started the production on their super hero extravaganza THE AVENGERS which will have Chris Evans as Captain America, Chris Hemsworth as Thor, Robert Downey Jr as Iron Man, Jeremy Renner as Hawkeye, Mark Ruffalo as Hulk and Scarlett Johansson as Black Widow. The film hits cinemas May 2012. 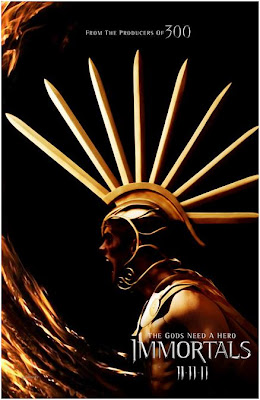 looks huge, epic, breathtaking, visually mesmerizing, it's everything we expected from director Tarsem Singh! Oh, are we finally going to get us a stunning historical epic, with action, with great story, with amazing sets with old style glamour and modern visual vibe? I can't wait to see the whole trailer for the film which hits cinemas this November with Henry Cavill, Mickey Rourke, Stephen Dorff,John Hurt, Isabel Lucas, Freida Pinto, Kellan Lutz,  Corey Sevier. Set in ancient Greece, the film follows brave Theseus and his struggle against the evil king Hyperion with the help of all Gods, his cunning slave and a visionary priestess.