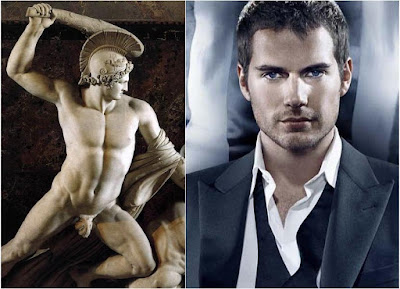 We've finally got some fresh update on my favourite upcoming project, epic adventure "War of the Gods". Its director, visual master genius Tarsem Singh ("The Cell", "The Fall") has renamed it into "Dawn of War" probably to escape the comparisons with the similar flick "Clash of the Titans" which will amaze the audiences one year before his movie. Tarsem Singh is ready to begin shooting "Dawn of War" in Montreal this March with the premiere set for 2011.
"Dawn of War" is a mythological tale set in war-torn ancient Greece where the young warrior prince Theseus will lead his men in a battle against evil that will see the Gods and Men fighting against the Titans and Barbarians.
HOLLYWOOD SPY has been following this project for more than a year now, and we've already reported that Theseus will be played by talented and charismatic young star Henry Cavill who has formed his fan base by playing in Showtime's renowned historical show "The Tudors".
On the other side, Tarsem is known as a director who prefers quality over quantity, so he didn't do a lot of movies in his career, but both of his films represent true master pieces of art and imagination, so it's no wonder many people consider him an author who paints films using camera as painting brush. That's why we expect "Dawn of War" to be an epic masterpiece as we've never seen before.
You can check out Tarsem's directorial vision of this movie in HOLLYWOOD SPY's previous update on "Dawn of War".
Posted by DEZMOND at 5:40 PM