BRAD PITT JUMPS INTO "DARK VOID" AND GETS TOTALLY FUTURISTIC 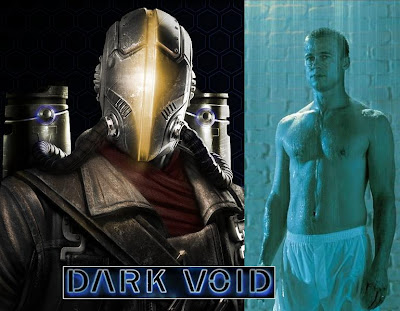 According to "MovieWeb", Brad Pitt is venturing into the world of video games by developing a feature film based off the upcoming video game "Dark Void" which is to be released this January.
As "MovieWeb" reports Pitt will develop and produce the film through his "Plan B" production shingle and it could be a possible starring vehicle for the actor as well. The game follows the exploits of a pilot who crash lands in the Bermuda Triangle and finds himself in a mysterious alternate reality where aliens are planning to take over civilization.
And speaking of Brad, there are some other rumors as well that he will star in the sf flick "The Sparrow" about a Jesuit priest who accompanies a space crew to a distant planet after Earth receives its first contact from aliens.
HOLLYWOOD SPY has already reported that George Miller is planning a sf epic "The Odyssey" which will set the famous Homer's piece right into distant space and distant future, with Brad Pitt playing one of the main roles.
Posted by DEZMOND at 9:45 PM

All of this sound good in theory, but Brad Pitt still has to act in a single SF movie that I could like. :) Twelve Monkeys and Benjamin Button may be great movies, but those are not the kind of SF I would like to see.

yep, I agree, that's why these projects sound promising.