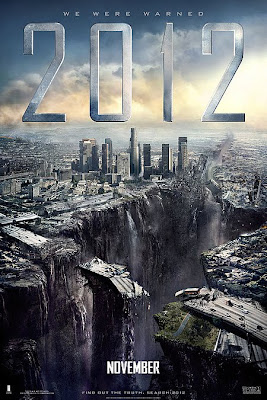 Although his upcoming disaster movie "2012" hasn't even been released yet, it seems that Roland Emmerich is already planning a TV show based on the same story. Here's what he had to say to "Entertainment Weekly" at "2012's" premiere last evening:
"The plan is that it is 2013 and it's about what happens after the disaster.It is about the resettling of Earth. That is very, very fascinating. Harold Kloser and I came up with the idea and we have the luxury of having a producer on the film who is a big TV producer, Mark Gordon. We said to Mark, 'Why don't you do a TV show that picks up where the movie leaves off and call it 2013?' I think it will focus on a group of people who survived but not on the boats ... maybe they were on a piece of land that was spared or one that became an island in the process of the crust moving. There are so many possibilities of what they could do and I'd be excited to watch it."
Apparently, the producers see ABC as their possible media target :)
Posted by DEZMOND at 8:59 PM