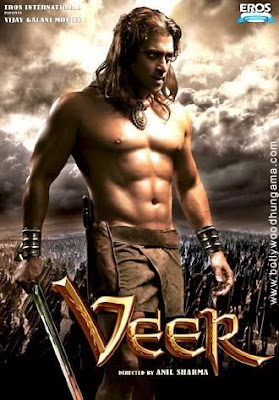 Have you got a bit bored with Chinese epics? Maybe it's time to try an Indian one? "Veer" is the next year’s most awaited Indian film due to release on the 22nd January which has already created waves of anticipation. Starring popular Indian hunk Salman Khan it will be the biggest Bollywood blockbuster event ever. It has all - large scale battles, fierce sword-welding warriors and a romantic love interest. The director has used hundreds of fighters, thousands of horses and hundreds of elephants, plus some camels to shoot all the amazing action sequences.
Here's the official plot: From the misty pages of history comes a story of extreme valor, fierce pride and poignant love. As the British enslave India with their devious Divide and Rule policy, kings and nawabs fall to their guile and cunning, and entrust their precious kingdom to the foreigners. Except for the brave Pindaris, who prefer death to dishonour and will fight to their last breath to save their land.....their mother. 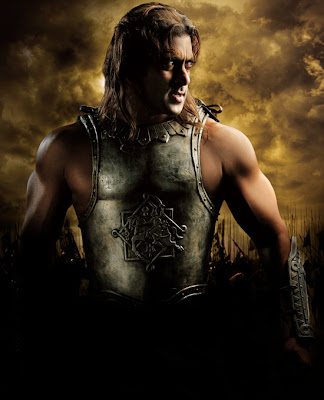 The bravest, the toughest, the strongest of the Pindaris is Veer. As Veer takes on the might of the British Empire, he also has to fight the conniving King of Madavgar as well his own jealous tribes men. But then the stakes are high ... At stake is his love for princess Yasho dhara, daughter of his sworn enemy... At stake is his thirst to avenge his father's dishonour..... At stake is his very existence itself..... Cannons roar, swords clash in fierce battle, the dead pile up.....And when the dust settles down on the blood soaked land...one valiant warrior stands head and shoulders above them all - Veer! Veer - an epic saga of bravery and drama, treachery and love....
You can check out "Veer's" trailer over at my official You Tube page.
Posted by DEZMOND at 6:30 PM