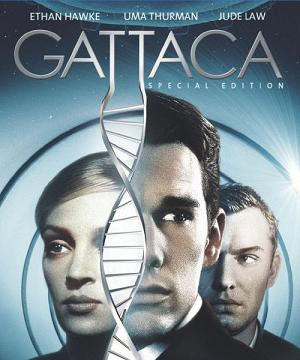 It seems that Andrew Niccol's sci-fi classic "Gattaca" with Eathan Hawke, Jude Law and Uma Thurman, is really getting its TV version. Writer and producer Gil Grant, who is writing the pilot for the series, has recently spoken to "MTV Movies Blog" about how he is opening up the world of the movie for this new police procedural.
"I came up with a world which is populated with Valids and Invalids, the same premise as the movie, but taken into a police department where we're... integrating, using the analogy of the '60s Civil Rights struggle. Even though it's technically illegal to discriminate against Invalids, just like in the '60s people did. So it's come to pass that the government has ordered the police department to hire their first token Invalid into the detective department. What we're doing is we're taking an Invalid and teaming him up with a Valid, a seasoned officer. You know, it's oil and water."
I like "Gattaca" a lot, so I hope they won't turn it into another boring futuristic conspiracy action TV show. But if they create stunning sets, and come up with an amazing vision of a society set in a distant future, it could be interesting.
Posted by DEZMOND at 6:15 PM