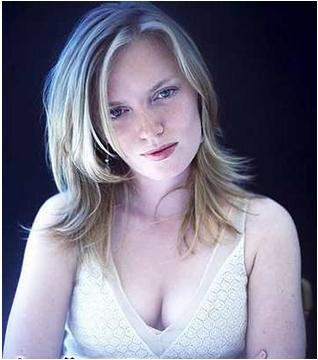 Young Sarah Polley ("Beowulf and Grendel", "Dawn of the Dead")has been given a chance to take the lead role in the epic feature drama "Queen Kristina" about the legendary Queen of Sweden from the 17th century. The film will be directed by acclaimed director Mika Kaurismäki.
Made Queen of Sweden at the age of six after the death of her father Gustav Adolph, young Kristina was dressed as a boy and raised like a prince of the realm (hence the rumors of her later lesbianism). But as a woman, she did not enjoy the glories of warfare, though she did love the male freedom of thought and expression. Central to Kristina's journey as a sovereign, and her choice to ultimately abdicate the throne, was her relationship with the French philosopher Descartes, whose teachings on free will and destiny prompted her to leave the throne. After her abdication she made her way to Rome, where she lived in a palazzo filled with art and books which became a lively center of culture. From there Kristina launched an unsuccessful attempt to become Queen of Naples. Although it made her marginalized in Roman society for some time, the scandal didn't stop Kristina, so she started another failed scheme in attempt to have herself made Queen of Poland.
Kristina's interest in pursuits normally reserved for males, occasional dressing in male attire, and persistent stories about her personal relationships, have led to many disagreements among historians as to the nature of her sexuality. In 1965, her body was exhumed for testing, to see if she had signs of hermaphroditism or intersexuality, but the results were inconclusive.
Queen Kristina will shoot in Canada and Sweden in the fall of 2010.
Posted by DEZMOND at 9:26 PM