ZACHARY LEVI SAYS HE ALMOST ENDED UP IN "THOR" 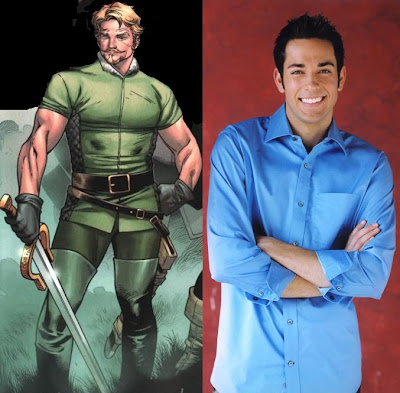 Here's a charming piece of information :) In one of his recent interviews Zachary Levi, the adorkable star of popular TV comedy "Chuck", has revealed he was cast in Kenneth Branagh's "Thor" adaptation.
He was set to play Fandral Dashing, one of The Warriors Three, but had to drop out in the last minute due to scheduling conflicts when NBC ordered six additional episodes of "Chuck". And what's more Zachary says he had initially been invited to audition for the lead role in "Thor" but he told them: "I'm tall and in pretty good shape, but I'm not big and girthy like that."
Off course, you read last week in HOLLYWOOD SPY that the role of Fandral was given to equally charming Stuart Townsend, but it's interesting how long the list of the previous candidates for the role actually was. In one moment or another during the long casting process, actors considered for the role of Fandral included names such are Jude Law, Paul Rudd, Dominic Cooper, Ryan Reynolds and Andy Whitfield (our new Spartacus).
Posted by DEZMOND at 8:48 PM