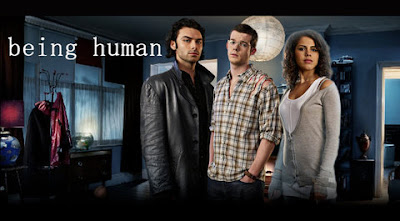 It seems that SyFy channel has handed out a 13-episode order to a U.S. version of the BBC hit show "Being Human" HOLLYWOOD SPY has recently wrote about. The show revolves around three twenty something roommates, who happen to be a ghost, a vampire and a werewolf, as they help one another navigate the complexities of living double lives.
The deal for a U.S. take on the show at SyFy marks the first scripted series order for the cable network following its rebranding this summer designed to attract broader audience. The original series, had an initial six-episode run on BBC Three. It was so successful that the show got a transfer to BBC One. It is slated to return early next year for an eight-episode second season in Europe. SyFy is not going to slavishly replicate the British version since some of network’s core audience already might be familiar with the original series, which runs in the U.S. on BBC America.
The producers are currently searching for a writer to adapt “Being Human,” with SyFy planning a launch in summer or fall 2010. Although I grew to like the British original, I'm not sure how successful the American version could be, since it is exactly its Britishness that makes it so charming and refreshing.
Posted by DEZMOND at 9:00 PM