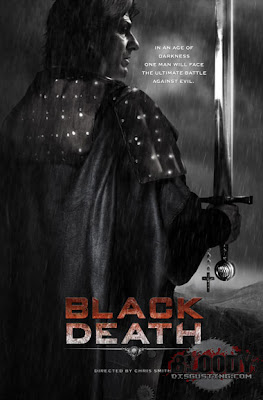 Director Christopher Smith is bringing us a new historical action "Black Death", starring Sean Bean, Carice van Houten and Eddie Redmayne. It is set in medieval England fallen under the shadow of the Black Death, where a young monk called Osmund is charged in leading a fearsome knight, Ulric and his group of mercenaries to a remote marsh. Their quest is to hunt down a necromancer - someone able to bring the dead back to life. Torn between his love of God and the love of a young woman, Osmund discovers the necromancer, a mysterious beauty called Langiva. After Langiva reveals her Satanic identity and offers Osmund his hearts desire, the horror of his real journey begins.
Posted by DEZMOND at 5:46 PM